The number of anti-Muslim hate crimes in the United States rose 91 percent in the first half of the year compared with the same period in 2016, according to a leading Muslim advocacy and civil rights group.

In a report published on Monday, the Council on American-Islamic Relations (CAIR) said hate crimes have spiked since 2016, which was the worst year on record for anti-Muslim incidents since the group began its documenting system in 2013.

The number of bias incidents in the first half of 2017 also rose by 24 percent compared with the first six months of 2016, CAIR said.

READ MORE: Anti-Muslim groups ‘tripled in US since Trump campaign’

“The presidential election campaign and the Trump administration have tapped into a seam of bigotry and hate that has resulted in the targeting of American Muslims and other minority groups,” said Zainab Arain, a CAIR coordinator working to monitor and combat Islamophobia.

“If acts of bias impacting the American Muslim community continue as they have been, 2017 could be one of the worst years ever for such incidents.”

The most common form of Islamophobia from April to June this year involved harassment, defined by CAIR as non-violent or non-threatening incidents.

In the 347 cases in which the gender of the victims was identified, males accounted for 57 percent, and females for 43 percent.

Victims were most likely to be targeted at their homes, followed by a highway, road, alley or street. In third place were air, train or bus terminals, the report said.

CAIR said the most common trigger of anti-Muslim bias incidents in 2017 remains the victim’s ethnicity or national origin, accounting for 32 percent of the total.

The group based its report on data gathered from reported and witnessed cases but acknowledged that under-reporting was a challenge, with many victims failing to notify law enforcement or community institutions.

According to CAIR’s 2016 report, anti-Muslim hate incidents rose more than 40 percent compared with 2015. 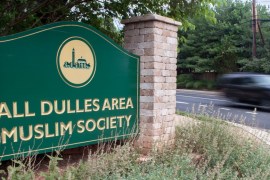 Man arrested and charged for murder of 17-year-old Nabra, who was last seen near mosque in Sterling near Washington, DC. 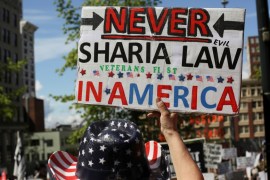 ACT for America is spearheading National March Against Sharia rallies in at least 28 cities across the country.