The Gambia’s former ruler Yahya Jammeh stole at least $50m from the state, the country’s justice minister said on Monday, in the first major anti-corruption move by the country’s new president.

It’s the first time the new government of the west African country has put a figure on the amount it believes Jammeh plundered from state coffers before leaving for exile in Equatorial Guinea in January after 22 years in power.

“President Yahya Jammeh personally or under his instructions directed the unlawful withdrawal of at least $50 million,” Justice Minister Abubacarr Tambadou said, describing withdrawals from The Gambia’s central bank and linked with state-owned Gamtel between 2013 and 2017.

“We have today obtained a court order freezing or placing a temporary hold on the known assets in the country of former President Yahya Jammeh and companies directly associated with him,” Tambadou added.

The court order concerns 88 bank accounts in Jammeh’s name or those of his associates, Tambadou told journalists, along with 14 companies linked with the former strongman.

Jammeh ran everything from bakeries to farms during his tenure and was regularly accused of taking over successful businesses for his own gain.

Monday’s order was designed to prevent Jammeh “liquidating or dissipating assets”, the minister added, confirming the order applied only to the former leader’s assets in The Gambia.

Last Tuesday Gambian police said three cousins of the former president would face theft charges after selling off his cattle, raising suspicions that his contacts still in the country were under scrutiny.

“These discoveries are just a tip of the iceberg,” Tambadou told a news conference.

Interior Minister Mai Fatty accused Jammeh of taking $11m after leaving in January, adding that he also took luxury cars piled on to a Chadian cargo plane, but the claim was not backed up by the rest of the cabinet.

The Gambia’s longtime opposition United Democratic Party won an absolute majority in parliamentary elections in April, easily defeating Jammeh’s party which has been cast into the electoral wilderness by his departure.

That came after the stunning ousting of Jammeh by President Adama Barrow in a December presidential election, a result which the defeated leader fought for weeks until the threat of a regional military intervention.

The Gambia’s National Assembly was long derided for acting as a rubber stamp for Jammeh’s decisions, but hopes are high for a revitalised chamber with a raft of fresh faces elected. 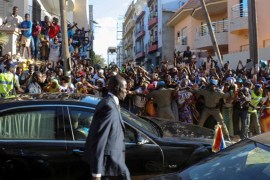 Adama Barrow says he wants to ‘get the facts together’ regarding possible crimes of outgoing president Yahya Jammeh. 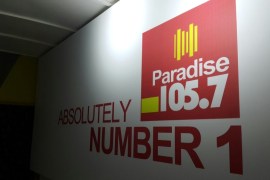 Music and poetry thrive in The Gambia post-Jammeh

After years of fearing the government, musicians and poets say they are now able to express themselves freely. 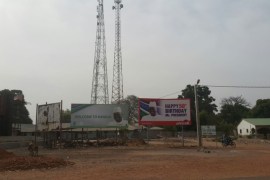 Celebrating Yahya Jammeh in his birthplace

In the village of Kanilai, relatives of the ex-president have enjoyed a privileged life but the good times may soon end.