Heavy rain has battered parts of eastern Australia, with some areas recording their highest daily totals in the month of May for decades.

The Gold Coast Seaway recorded 52mm of rain on Friday as storms rumbled across southeastern Queensland. This represents around half a May average rainfall of 107mm.

Further south, Narooma, in New South Wales, notched up 92mm of rain during the same period. This exceeds this month’s average of 76mm.

The heaviest and most disruptive downpours were recorded in Tasmania. Flinders Island had 110mm of rain in the 24-hour period up to 06:00GMT on Saturday. The May average is nearer 78mm.

As a result, the weather bureau has issued severe weather warnings across the northwest of Tasmania and parts of the north-east, east coast and central plateau.

A flood watch has also been issued for all northern river basins, but major flooding is not expected – although there will be a lot of water on the roads.

Authorities also expect small creeks and streams to overflow in places, but the worst of conditions are now starting to ease.

The heavy rain has been accompanied by some very strong winds, which have gusted between 70 to 80 kilometres per hour at times.

“In some ways it’s a nice short, sharp event that actually serves as a good reminder that winter is well and truly here, and it’s time to be storm and flood ready,” Mhairi Bradley, state emergency service northern regional manager,  told the ABC network.

The coming week is expected to get off to a quiet start with lengthy spells of late autumn sunshine across the vast majority of the country. 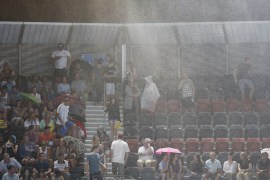 Storms causes widespread chaos across Brisbane and the surrounding area. 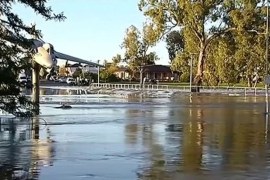 Another round of heavy rain has topped up the flood waters already affecting eastern Australia. 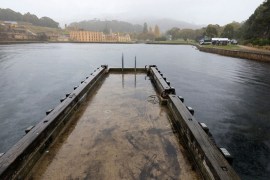 The month of May saw heat records tumble but now autumn has settled in and temperatures started to drop.