Sao Paulo – Brazil is reeling from a dramatic new twist in its ongoing political crisis.

Amid calls for his resignation from the public and politicians alike, President Michel Temer is now under investigation by the Supreme Court, accused of authorising bribe payments to allegedly silence a jailed former party ally.

Temer denied the accusations and after much speculation told an audience on Thursday in the capital Brasilia he would not resign.

“I have nothing to hide,” he said, adding he wanted the investigation to proceed as fast as possible in his first public address on the scandal since details were published in Brazil’s O Globo newspaper Wednesday night.

In a wiretapped conversation, Temer appeared to tell Joesley Batista – one of the owners of Brazil meat-packing giant JBS – to maintain payments to Eduardo Cunha, the disgraced and imprisoned former speaker of the House of Representatives, in return for his silence.

“You have to keep this up, right?” Temer is heard saying in the recording released in Brazilian media on Thursday evening.

Cunha, formally of Temer’s Brazilian Democratic Party (PMDB), led the impeachment charge against ex-president  Dilma Rousseff that culminated in Temer taking power. He was sentenced to 15 years in prison for corruption in March.

As the scandal developed on Thursday, it was reported that the main party in Temer’s governing coalition, the Brazilian Social Democracy Party (PSDB), intended to leave the base of government. At least one minister also resigned.

Brazil’s stocks and currency tumbled throughout the day. The Sao Paulo-based Bovespa index plunged 10 percent on opening before recovering slightly, its worst performance since 2008. The currency lost 7.5 percent of its value.

Protests were planned in the main cities across Brazil on Thursday night, many actually beginning shortly after Temer’s refusal to resign was reported, with protesters calling for his removal and direct elections.

The scandal comes at a crucial time for Brazil, which is mired in its worst recession in decades, the economy having shrunk nearly 8 percent in the last two years with more than 14 million people unemployed.

Optimists, including Temer himself, had been heralding a recovery following small signs of a return to growth recorded earlier in the week, gains that are now in jeopardy.

How Temer plans to continue to govern with the scandal hanging over him is uncertain.

“All signs point to the end of the government: the opening of inquiry in the Supreme Court, allies abandoning the president, and critical media coverage,” said Mauricio Santoro, a political scientist and professor of external relations at Rio de Janeiro State University.

“The question is much more what happens in the coming weeks? Resignation, removal, indirect elections, mass protests for direct elections?” he told Al Jazeera.

Since he became president last year following the controversial impeachment of Rousseff – who was removed from office after being accused of manipulating federal budgets, his government has been plagued by scandal and several ministers have been forced to resign.

His government has embarked on a series of unpopular reforms, including a 20-year freeze in public spending and a proposed reform of Brazil’s pension system, which would see Brazilians retiring older, measures he defends as bitter but necessary to get the flailing economy back on track. 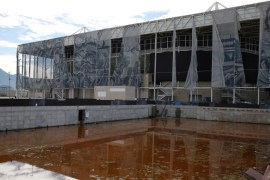 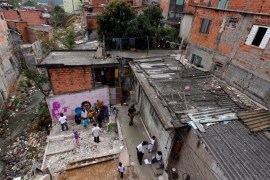