More than 20,000 people from northern Myanmar have fled to neighbouring China in recent months, seeking refuge from deadly fighting between ethnic groups and the army, according to government officials in Beijing.

Geng Shuang, a spokesman for China’s foreign ministry, said on Thursday that the Myanmar residents are being offered humanitarian assistance “to temporarily avoid the war”.

The latest clashes are in Shan, a northeastern state which has seen repeated bouts of fighting between the army and ethnic minority groups since November, undercutting a government peace bid.

On Monday, at least 30 people were killed in an attack by ethnic Chinese fighters in Laukkai, the capital of Myanmar’s region of Kokang, about 800km northeast of the commercial hub Yangon.

Late on Tuesday, the MNDAA said they had attacked Laukkai to protest “continued military pressure” on the Northern Alliance, a coalition of four ethnic minority armies which have yet to join national peace talks.

The rebels conceded in their statement that they have temporarily retreated due to the army pushback.

“China supports Myanmar’s peace process and hopes all sides can use peaceful means to resolve their differences via dialogue and consultation,” Geng said.

Stray shells and bullets had fallen into Chinese territory, wounding at least one person, he added.

In addition to grappling with an alliance of ethnic groups in the northwest, Suu Kyi’s nearly one-year-old government is also challenged by a new armed struggle by Rohingya Muslims rebelling against decades of persecution. 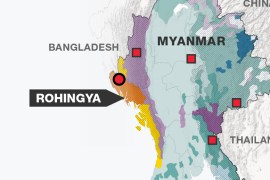 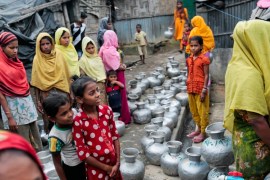 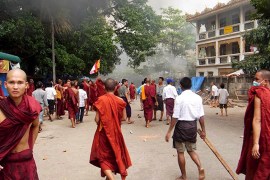