A Sikh man was shot and wounded near Seattle in the US state of Washington by an attacker who approached him in his driveway and reportedly told him to leave the country, police and media reported.

Seattle television station KIRO 7 reported on Saturday that Deep Rai was working on his car in his driveway when he was shot in the arm.

A witness told the TV station she knew the victim and saw him after he was attacked on Friday.

READ MORE: Sikh Coalition – After Seattle attack we are vigilant

“Some comments were made to the effect of ‘Get out of our country, go back to where you’re from’ and our victim was then shot,” Kent Police Chief Ken Thomas said at a news conference.

“To think that this could happen in our community was very surprising and extremely disappointing,” Thomas said.

“This is the first incident of this magnitude that I’m aware of in the city of Kent.”

The Seattle Times quoted Rai in describing his attacker as a “six-foot tall white man with a stocky build” wearing a mask that partially covered his face.

The victim was released from hospital, according to the news site, while the attacker remains at large.

In response to the attack, Rajdeeph Singh, a spokesperson for The Sikh Coalition, called on national leaders “to make hate crime prevention “a top priority”.

“Tone matters in our political discourse, because this a matter of life or death for millions of Americans who are worried about losing loved ones to hate.”

“I am sorry to know about the attack on Deep Rai … I have spoken to Sardar Harpal Singh, father of the victim,” Swaraj posted on social media.

“He told me that his son had a bullet injury on his arm. He is out of danger and is recovering in a private hospital.”

The attack took place a day after a South Carolina man, originally from India, was shot dead after closing his shop.

Police said the killing of Harnish Patel was not racially motivated.

Two weeks ago, an Indian engineer was killed and two people were injured in another incident in the state of Kansas.

Friday’s shooting in the city of Kent, around 24km south of Seattle, followed a number of other attacks on Sikhs in the US over the past decade.

In 2012, a man shot and killed six Sikh worshippers and wounded four others at a Sikh temple near Milwaukee, Wisconsin, before killing himself.

Hate-crime tracking groups said assailants have occasionally mistaken Sikhs for Muslims, who have also been victimised in religiously motivated crimes.

The Sikh community in Kent has been meeting with local officials after a hate crime shooting.
Their message? Faith Over Fear ❤ pic.twitter.com/d4AMMTKg9b 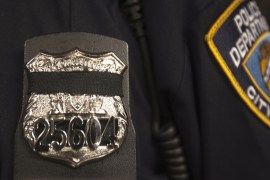 In a move aimed at inclusion, the New York Police Department also agrees to allow Sikhs to wear turbans.