“Don’t try to fight for me,” Alexei Navalny wrote on Twitter after police in Moscow arrested him during a protest , urging people to stay with the rally he had called. “Our issue today is the fight against corruption.”

Navalny, 40, a staunch Kremlin critic and anti-corruption campaigner, has long been the most visible opposition figure to the rule of President Vladimir Putin .

Navalny lives in Moscow with his wife and two children. He rose to prominence in Russian politics in 2008 when he started blogging about alleged corruption at some of Russia’s big state-controlled corporations.

He used social media to reach out to predominantly young followers, mocking the establishment loyal to Putin. He became a minority shareholder in major oil companies, banks and ministries, and posed awkward questions about holes in state finances.

Before the 2011 parliamentary election, Navalny urged his blog readers to vote for any party except Putin’s United Russia, which he dubbed the “party of crooks and thieves”.

United Russia won the election amid widespread allegations of vote-rigging, albeit with a much-reduced majority.

He came second in 2013’s Moscow mayoral race after a grassroots campaign against the Kremlin-backed candidate.  Navalny launched hundreds of lawsuits contesting the victory of his rival, Sergei Sobyanin.

Navalny served a 15-day prison sentence in 2015 for distributing leaflets for an opposition rally on the subway.

Navalny pledged to appeal against the “politically motivated” ruling and continue with his plans of challenging President Vladimir Putin in the forthcoming presidential elections, even though the Russian law bars anyone convicted of a crime from running for a public office for 10 years.

Navalny has faced criticism from the anti-Putin camp, reports the BBC. Some liberals have criticised what they see as Navalny’s flirtation with Russian nationalism. He has spoken at ultra-nationalist events.

Russian nationalists, too, were wary of his links with the United States after he spent a semester at Yale University in 2010.

However, when the opposition elected its own leaders in a 2012 election, Navalny won the vote, beating veteran Putin critic and former chess champion Garry Kasparov.

The demonstrations on Sunday were organised by Navalny, who urged people to take to the streets to demand the resignation of Prime Minister Dmitry Medvedev.

The protests, which attracted crowds of hundreds or thousands in most sizeable Russian cities, were the largest coordinated outpourings of dissatisfaction in Russia since mass protests in 2011-2012. Dozens were arrested.

Medvedev, who has so far made no comments on the claims, is accused of amassing a private collection of mansions, yachts and vineyards. The alleged luxuries include a house for raising ducks, so many placards in the protests showed mocking images of yellow toy duck. 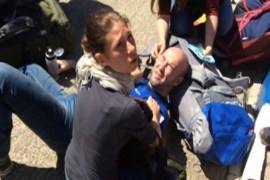 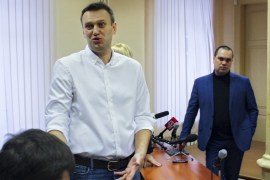