US President Donald Trump has once again drawn a wave of mockery, this time for appearing to refer to an attack in Sweden that did not actually happen.

During a rally in Florida on Saturday, Trump tried to justify his proposals to stop immigration from several majority-Muslim states.

“We’ve got to keep our country safe,” the US leader said.

“You look at what’s happening last night in Sweden … Sweden … who would believe this? Sweden, they took in large numbers, they never thought possible.”

He then went on to list attacks that took place in the Belgian capital Brussels, as well as the French cities of Paris and Nice.

Hundreds of social media users turned to Swedish newspapers and the country’s official Twitter accounts to check whether an attack had taken place on Friday in the Scandinavian nation.

The @Sweden account, which is run by a different Swede each week, quickly refuted the claim.

“There has been no terror attack at all. None,” said Emma, a librarian running the account for the week.

With confirmation that nothing happened, a torrent of tweets condemned Trump and mocked him for seemingly fabricating the incident.

The Swedish news outlet Aftonbladet published a list of major events that did take place in Sweden on Friday night.

.@realDonaldTrump This is what happened in Sweden Friday night, Mr. President: https://t.co/2Ygz6k46ks pic.twitter.com/aBRNeYv4uC

That list included technical problems at a concert by an 87-year-old singer and an avalanche warning issued by the country’s Met office.

A tweet by Carl Bildt, the former Swedish prime minister – “Sweden? Terror attack? What has he been smoking? Questions abound” – was retweeted more than 11,000 times.

The claim is the third such remark by Trump and his senior officials referring to attacks that did not happen.

Earlier in February, White House Press Secretary Sean Spicer mentioned an attack in the US city of Atlanta, Georgia, that never happened. He later retracted the claim.

Before that, key adviser to Trump, Kellyanne Conway, said the news media had failed to cover an attack in the town Bowling Green, Kentucky, which she said was carried out by Iraqi refugees.

No such attack took place and Conway later apologised for the comments.

Some Twitter users suggested Trump may have thought something happened in Sweden based on a Fox News segment broadcast on Friday about purported refugee violence there.

This is a photo from FOX News last night. Filmmaker talking about violence in Sweden. Did Trump watch on mute and think something happened? pic.twitter.com/Hvluw8qDcV 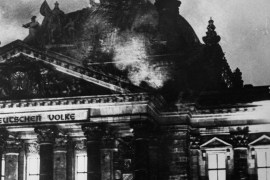 Given his serious unpopularity, an incident for illegal power grab is increasingly a dangerous possibility. 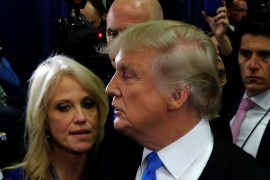 Many take to social media to criticise Kellyanne Conway after she cites fake ‘massacre’ to defend immigration ban.