A French human rights group has said it will oppose a ban on burkinis in courts after the seaside city of Cannes barred the full-body, head-covering swimsuits worn by some Muslim women.

“Ten women have asked us to sue the town of Cannes,” Marwan Muhammad, the executive director of the Collective Against Islamophobia in France, said in a statement posted on the group’s Facebook page on Friday.

“We are currently conducting interlocutory action against Cannes.”

Swimwear “manifesting religious affiliation in an ostentatious way, while France and its religious sites are currently the target of terrorist attacks, could create risks of trouble to public order”, added Lisnard, who has called the burkini “the uniform of extremist Islamism”.

The burkini prohibition is in effect until August 31, officials said. Those who violate the new rule risk a $42 fine.

The ban was also criticised by anti-racism group SOS Racisme, which attacked what it said was the mayor’s “strategy of tension”.

France remains in a state of emergency after a series of attacks on the capital, Paris, the southern city of Nice and on a Catholic church in the northwest of the country.

The ban also follows the cancellation of a one-day private pool day event in Marseille for Muslim women who choose to wear burkinis while swimming.

The water park hosting the event decided to cancel the planned event earlier this week after politicians on the both the right and the left criticised the initiative.

However, critics argue such laws deepen the religious divide.

“Not a day goes by without the target of Muslims, especially Muslim women in France,” Yasser Louati, a human rights and civil liberties activist, told Al Jazeera from Paris on Friday.

“There is a feeling now that France is at war with its own citizens. Today they are Muslims, and yesterday they were Jews,” said Louati. “French elites cannot live in peace with minorities.” 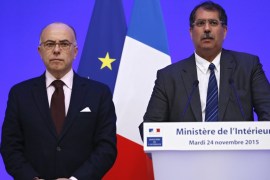 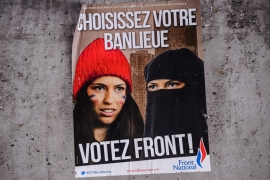