Hundreds of Egyptians have been abducted and tortured by the country’s security services as part of a clampdown on dissent since early 2015, according to Amnesty International.

A report released on Wednesday by the UK-based rights watchdog revealed a trend of disappearances at the hands of the state, targeting students, political activists and protesters, including children as young as 14.

“Enforced disappearance has become a key instrument of state policy in Egypt. Anyone who dares to speak out is at risk,” said Philip Luther, Amnesty’s Middle East and North Africa director.

In a statement on its official Facebook page on Wednesday, the Egyptian foreign ministry dismissed Amnesty’s report, describing the group as “biased” and “driven by political agendas”.

“Any objective reader can tell instantly that the organisation’s reports depend on sources that reflect the opinion of one side and people that are in a state of hostility towards the Egyptian government.

“It ignores the court rulings on the cases mentioned and does not base its information on materials and clear principals of the Egyptian law and constitution.”

Egyptian authorities have previously denied they practise torture, but say there have been isolated incidents of abuse and those responsible have been prosecuted.

In the report, Amnesty says an average of three to four people have been disappearing each day, citing Egyptian non-governmental organisations.

The National Council for Human Rights, the country’s official rights group, said on July 3 it had raised 266 cases of enforced disappearances with the interior ministry between April 2015 and the end of March, according to the report.

Many of them have since been accounted for.

Wael Abbas, an Egyptian blogger speaking to Al Jazeera from Egypt’s capital, Cairo, said human rights organisations in the country were being targeted.

“They have frozen the assets of many organisations working inside Egypt. They have banned the activists managing these organisations from travelling and even frozen their bank accounts,” said Abbas.

“We have people being stopped in the streets, on the metros. Police officers ask people to hand over their phones and then check their Facebook accounts. If they have anti-regime material, they arrest them.

Amnesty’s report documents 17 cases, including those of five children who had disappeared for periods of “between several days to seven months”.

One of them, who was 14 in September, had been subjected to “horrendous abuse”, including “being repeatedly raped with a wooden stick in order to extract a false confession”.

Other Egyptians attested to having been blindfolded, handcuffed, brutally beaten, given electric shocks on their bodies and being suspended naked by their wrists and ankles for hours.

Amnesty also criticised European governments and the US, saying they “blindly supply security and police equipment to Egypt”, and “have appeared overly reluctant to criticise the deteriorating human rights conditions in Egypt”.

Reports of a crackdown on dissent have intensified since Egyptian President Abdel Fattah el-Sisi, then head of the armed forces, ousted Muslim Brotherhood leader Mohamed Morsi in July 2013. 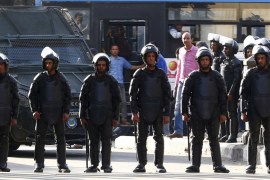 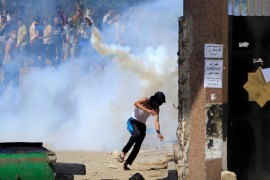 Beating to death of 45-year-old man under police custody sparked riots in the city of Luxor in November. 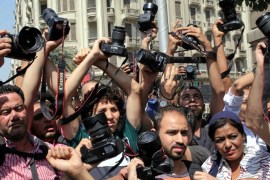