Republican presidential frontrunner Donald Trump has called for a “total and complete” block on Muslims entering the United States.

A statement from Trump’s campaign team said the halt on Muslims entering the country should remain in place “until our country’s representatives can figure out what is going on”.

Until we are able to determine and understand this problem and the dangerous threat it poses, our country cannot be the victims of horrendous attacks by people that believe only in jihad.

The statement does not specify if the proposal would affect both tourists and immigrants.

“Where this hatred comes from and why we will have to determine,” the billionaire property mogul, who is leading in opinion polls among likely Republican voters, said in the statement.

“Until we are able to determine and understand this problem and the dangerous threat it poses, our country cannot be the victims of horrendous attacks by people that believe only in jihad, and have no sense of reason or respect for human life.”

Trump has been increasingly virulent in his remarks targeting Muslim Americans since the deadly Paris attacks, and again after the shooting attack in California, which was carried out by a Muslim couple, leaving 14 dead and 21 wounded.

“Just put out a very important policy statement on the extraordinary influx of hatred & danger coming into our country. We must be vigilant!” Trump tweeted after the statement was released.

“@realdonaldtrump removes all doubt: he is running for President as a fascist demagogue,” Democratic presidential contender Martin O’Malley said.

The Council on American-Islamic Relations group said: “We’re entering into the realm of the fascist now.” 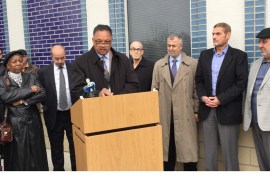 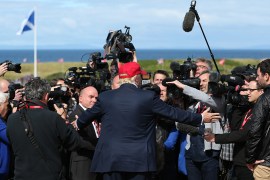 Trump and the media: A marriage made in ratings heaven?

We explore the love-hate relationship between the media and Donald Trump; plus, the future of Canada’s CBC television. 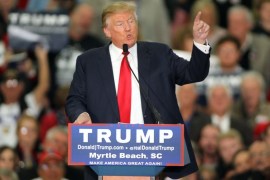