A Chinese pastor who opposed a government campaign to remove crosses on churches has been sentenced to 14 years in prison for illegal activities, including corruption and disturbing social order.

A court in eastern Zhejiang Province on Friday sentenced Bao and his wife Xing Wenxiang after concluding they had illegally organised churchgoers to petition the government and disturb social order, according to the provincial Zhejiang Daily newspaper.

The couple was also accused of “tricking” members of their congregation into donating $336,000 and spending it on cars and other personal purchases, it said.

For the past two years, authorities have removed hundreds of crosses from churches in the province, where there is a large Christian community, saying they violate building codes.

Only last January, authorities demolished a Christian church in Fujian and removed crosses from two churches in Zhejiang.

Zhejiang’s religious leaders, whose churches have long been sanctioned by the government, said the attitudes of local authorities have turned sharply negative in recent years as the Christian population has grown in number and influence.

China Aid, a Texas-based group that has funded the churches’ efforts to resist the cross removals, said in a blog post on Friday that the government prosecuted Bao’s church because of its opposition to cross removals.

“The government’s criminal prosecution against the pastor and his believers is actually religious persecution,” the group said.

The government considers several religious organisations outside the ones approved by the government as “evil cults”, including the group called Falun Gong.
In August of last year, the National People’s Congress approved proposed changes to article 300 of the Criminal Law, which punishes individuals for organising and participating in cults.

The clash over the Zhejiang Christians’ religious rights has been complicated by the fact that they have received help from overseas supporters at a time when the Chinese government is particularly sensitive to what it considers foreign meddling in domestic issues.

In the past year, China’s government has relentlessly pursued and jailed human rights lawyers that have received training and funding from foreign sources. 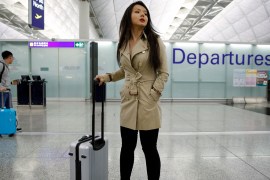 Canadian model, a critic of China’s religious policies, says she was denied entry to participate in Miss World pageant. 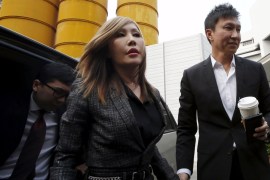 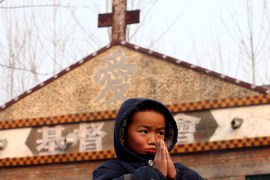 As more Chinese turn to Christianity, the state is torn between embracing its benefits and the desire to assert control.