By Showkat Shafi and Mahtab Alam

He was told he faced a dozen charges ranging from sedition, that is waging war against the nation, to rioting and murder, and was accused of being a member of Hizbul Mujahideen, which is designated as a terrorist organisation by India, the European Union and the United States.

After languishing in prison for eight years, he was finally acquitted of all the charges in court.

But life outside jail has not been as accepting and rewarding as he would have imagined. He has struggled financially as he has failed to get a decent job.

OPINION: The (in)visible in Indian terrorism

“I might be a free man now but I feel I am in a bigger jail now. Even after seven years of acquittal I am as isolated as I was in jail. Social boycott and stigma still continues,” Haider, in his mid-40s, told Al Jazeera.

“Today, I am a jobless man. No one is ready to give me a job because of my past. I can’t start my business because no one wants to deal with a ‘terrorist’, no matter I was honourably acquitted by the court,” Haider, who worked for a US multinational corporation before his arrest, said.

On October 2, he was among 15 people wrongfully imprisoned, who gave evidence before the People’s Tribunal on those acquitted in terror cases.

The Tribunal, which released its report on Saturday in New Delhi, called for Indian officials responsible for wrongful arrests and prosecution to be held accountable.

The Tribunal, organised by Innocence Network – an Indian collective of individuals and organisations working for the rights of those who have been wrongfully prosecuted – said the government should be made to pay compensation for the wrongful convictions.

“The dignity of those acquitted must be restored. Thus it is imperative that the harm inflicted on them must be redressed within the framework of rights rather than charity,” retired Justice Ajit Prakash Shah, part of the jury at the Tribunal, said at the official release of the report in New Delhi.

“Those who had been wrongly convicted should be entitled to compensation from the state,” Shah, a former chief justice of Delhi High Court, said.

The report, which Justice Shah released on the behalf of the Innocence Network, said the testimonies make it amply clear that the investigating agencies needed greater accountability and transparency.

“The erring officers must be suspended with immediate effect,” Shah told Al Jazeera.

Hundreds of people and their families across the country have faced almost a similar, if not identical situation as Haider’s.

According to a forthcoming study conducted by the Delhi-based research and advocacy group Quill Foundation, in Maharashtra state alone since 1993 an overwhelming number of the more than 460 accused of terror links have been declared innocent after spending an average of three to six years in prison.

“More than half of the accused in the state were doctors, engineers, and educated professional in the cusps of their careers, almost all of whom have been forced to pick up traditional occupations or small-scale businesses, or remain unemployed after returning from prison,” Sharib Ali, lead researcher and programme head at Quill Foundation, told Al Jazeera.

Muslims, adivasis, or tribals, and Dalits, the former untouchables, form more than half of India’s prison population of over 400,000.

The tribunal also called for those wrongly prosecuted to be accepted by the society.

Justice Shah said that there was a need to launch a campaign, that would highlight the plight of the acquitted people at the community level.

“A public function to welcome the acquitted when they are released from prison must be held in order to give them a sense of being accepted back in the society. A fund should be created to help in the education of the children of those exonerated, and for skill development of the exonerees.”

The report also criticised the media for “sensationalism and partisan reporting”.

The news media should function as objective institutions, and not as mere handmaidens of the investigating agencies

“Over the past few years, the courts have also taken a strong exception to news coverage which destroys a person’s reputation by creating a widespread perception of guilt, without any verdict in the court of law,” it said.

“The news media should function as objective institutions, and not as mere handmaidens of the investigating agencies,” the report, released on the occasion of International Human Rights Day, said.

It also called for media houses to publish apologies for running defamatory material against the exonerees.

Mohammad Aamir Khan, a resident of Delhi, who was wrongly convicted for carrying out bomb blasts during 1996-1997, said he was acquitted and released from prison after 14 years.

“They tortured me and then presented me in the court. I spent 14 years in jail for crimes that I had never committed,” he told Al Jazeera.

When he walked free at the age of 32, the world had changed for him. “During my time, there was no metro, no mobile phones, not so much news channels. It was a new world for me,” he said.

“Nothing can compensate me for those dark 14 years of my life,” Amir, who has been battling insomnia and depression, said. His father died during his jail time and his mother was paralysed.

The People’s Tribunal was mooted as “a response to an institutional crisis, a crisis not simply of law, but also of morality”, said Manisha Sethi, author of Kafkaland: Prejudice, Law and Counterterrorism in India.

“It is to force us to imagine and calculate the harm suffered by someone maliciously prosecuted and wrongfully incarcerated for years, and to devise means to meet those ends,” Sethi told Al Jazeera in New Delhi.

Mumbai resident Wahid Sheikh is part of the Innocence Network, which wants to run campaigns around the wrongful prosecution of youth along the lines of the Black Lives Matter movement in the US.

Sheikh, who was acquitted in July 11, 2006 Mumbai train blasts case, said this “campaign is going to be a game changer as we are prepared to take this to a logical end”.

The Innocence Network wants a proper mechanism of compensation and rehabilitation for all those acquitted over the years, along with prosecutions of officials responsible for fabricating cases against innocent people.

“Unless those who ruined our lives are punished nothing is going to change,” said Shaikh, explaining that their fight is not just for themselves but also for the future generations so that such injustices are not repeated again. 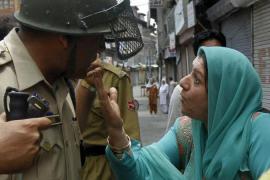 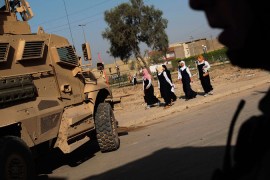 Legitimising the killings in the name of ‘just war’

War on terror has not only ‘legitimised’ the killing of millions, but has also silenced a fair discussion about them. 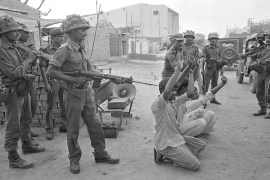 No justice 28 years after massacre of Indian Muslims