A British court has found a far-right activist guilty of killing British MP Jo Cox in the run-up to June’s referendum on the country’s membership of the EU.

Thomas Mair shot and stabbed the Labour Party politician in her constituency office in Birstall near the northern city of Leeds.

It took a jury at London’s Old Bailey on Wednesday just under an hour to find Mair guilty of the murder.

The judge presiding over the case said the attack encompassed the “definition of terrorism” and was “done to advance the political cause of violent white supremacism”.

Mair was given a life sentence for the killing and an assault on another man who came to the MP’s defence.

In a statement on his Twitter account, Labour Party leader Jeremy Corbyn called the attack an “assault on democracy”.

“The single biggest tribute we can pay to Jo and her life will be to confront those who wish to promote the hatred and division that led to her murder,” Corbyn said.

Cox was killed just a week before Britons voted to leave the European Union in a campaign that was marred by anti-immigration and refugee rhetoric.

The Labour MP was an campaigner for Syrian refugees and supported attempts to give child refugees sanctuary in the UK.

“Those children have been exposed to things no child should ever witness, and I know I would risk life and limb to get my two precious babies out of that hellhole,” Cox told MPs during a debate in parliament just months before she was slain.

Her killer was a decades-long supporter of far-right causes, and was associated with neo-Nazi groups in the United States and South Africa, as well as the United Kingdom.

The murder was the first assasination of a British MP since the IRA’s killing of Conservative Party MP Ian Gow in 1990.

Northampton University’s Paul Jackson, an expert on far-right activism, said it was wrong to consider the attack anomalous.

“This was not ‘anomalous’, but actually highly typical of far-right, solo-actor attacks.” Jackson said.

“Mair was radicalised by sustained engagement with an extreme culture, but for various reasons then took upon himself to act. There are patterns to extreme-right violence, and so care should be taken to write this off as merely an ‘anomaly’.”

Jackson said that the British government had not taken the threat from the far-right seriously enough, but Mair’s conviction could change that.

“Currently, the government simply does not focus enough efforts on tackling the extreme right, and often figures within policing and Prevent have a limited knowledge base too,” Jackson said.

“There are some who buck this trend, but overall the security risks posed by the extreme right are simply not taken seriously enough, or given the attention they need,” he added.

“Hopefully one impact of this case will lead to a rethink.” 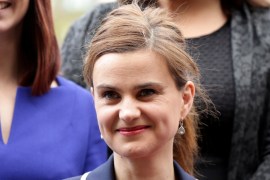 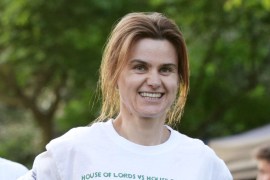 Groups and activists pay respects to politician who fought for human rights of Syrians, Palestinians and Muslims. 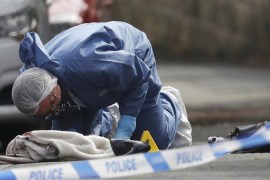