Gorno-Badakshan, Tajikistan – The caves perched above Savnob village in Tajikistan served as a hideout during frequent raids by nomadic bandits on the ancient agricultural community living there two centuries ago.

There is no threat of a bandit attack today, but villages in Tajikistan’s Pamir Mountains are now facing a new kind of threat: global warming.

Tajikistan is one of the countries least responsible for climate change but one of the worst affected, according to a new report by Oxfam.

It is ranked 129th in the world for greenhouse gas emissions per capita.

Today, age-old practices in Tajikistan are changing as shifting weather patterns make it harder for the villagers to plan tasks such as when to sow their seeds.

They say warmer temperatures have also increased outbreaks of fungal diseases in their crops.

But melting glaciers concern people of the village the most.

The Lab Nazar glacier looms above Savnob village. Waters from mountain glaciers like Lab Nazar once allowed people to settle down to agricultural lifestyles in these high valleys.

But as temperatures get hotter due to climate change, the glacier melts faster, causing villagers to worry about their future.

A new lake was formed last July when a mudflow caused by glacial melt swept across the valley and blocked the Gunt river, creating a natural dam that submerged homes and a portion of the M41 – better known as the Pamir highway.

An estimated 80 houses were destroyed but no lives were lost, mainly due to emergency response teams who have been training people to react and respond to disasters like these.

But their work may have only just begun.

Speaking to Al Jazeera, Zafarbek Kyvvatbekov, of the Focus Humanitarian Assistance, said “93 percent of Tajikistan’s territory is covered by high mountains which have lots of glaciers.

“The Pamirs [alone] have over 260 glacial lakes, and 20 out of those pose a real threat to communities living downstream.”

Glaciers across Central Asia are melting at an alarming rate.

Tajikistan alone is expected to lose up to 30 percent more of its glaciers by 2050 and this could have far reaching effects in the whole of Central Asia.

“I don’t know if you can compare it with small island countries, which will be affected by sea level rise,” Benedict Ibele, from the German Federal Enterprise for International Cooperation, told Al Jazeera.

“I mean Tajikistan will obviously not completely disappear, but since this region is highly dependent on water coming from Tajikistan, it will be severely affected.”

But people here living on the frontline of climate change cannot quite afford to celebrate the deal just yet, as they learn to adapt and prepare for the next surprise their changing environment could bring. 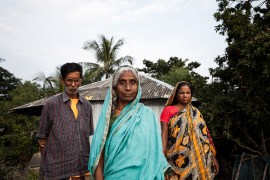 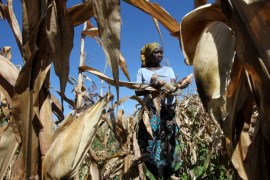 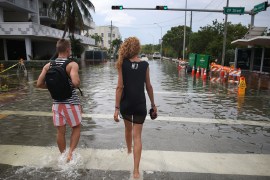