Sidi Bouzid, Tunisia – Around noon on December 17, 2010, Ali Bouazizi’s phone rang. It was his uncle Salah.

“Grab your camera and come film,” Salah told him. “Someone has set himself on fire in front of the provincial government building.”

At the time, Ali, now 43, was active in the opposition against former Tunisian President Zine El Abidine Ben Ali. “Through our newspaper and website, we seized every opportunity to expose the government,” he told Al Jazeera in an interview five years after the uprising.

When his uncle called, Ali had no idea that the person who had set himself on fire was Mohamed Bouazizi, his 26-year-old cousin and friend. Even in his wildest imagination, Ali could never have predicted that a revolution would begin in the small, dusty provincial town of Sidi Bouzid – nor that within a month, Tunisia’s dictator would be ousted, felling the first domino in the line that triggered the Arab Spring.

“The last time I saw my friend was a week before,” said Ali, who runs a small supermarket called al-Jasmin. He had asked Mohamed to bring some fruit over for him. “We had chatted a little about work. As so often in the last weeks, he complained that he was tired because he had to work day and night to earn enough for his family. He used to joke around a lot, but not much of late.”

It came as a huge shock to hear that Mohamed was the one who had set himself on fire. “I had been like his older brother, and I felt tremendous guilt that I hadn’t been able to do anything to change his mind,” Ali admitted. “Perhaps he thought that he might be better off dead than living under such conditions.”

The police had confiscated Mohamed’s scales because he refused to pay a bribe. A policewoman allegedly slapped him and insulted his deceased father. When he went to the provincial government to complain, he was not allowed inside the building.

Suicide is forbidden in Islam. “What he did was not right,” his cousin said, “but I understand why he did it.”

Ali, who is married with three young children, originally intended to be a lawyer, and graduated from university with a law degree. But because of his activities in the opposition as part of the secular Progressive Democratic Party, he was unable to get a job in his field. Instead, he earns a living from his olive trees, some business in real estate and his supermarket.

When Ali arrived at the government building on December 17, 2010, his cousin was just being rushed to the hospital with third-degree burns. Protests broke out across the city the same day, and Ali filmed the events. On the evening of December 17, he posted a video to Facebook called The Intifada of the People of Sidi Bouzid.

“I was convinced that the only way things would change was to get the international media involved,” he said. The Tunisian media was completely controlled by the government. “Of course I was hesitant, as I was taking a huge risk. But it wasn’t the first time.”

In June of that year, he and 30 members of his family, including Mohamed and Salah, protested against the government policy of confiscating land if people were unable to repay their loans. Two years before that, Ali participated in a demonstration for the release of political prisoners, and as a result spent four days in prison himself.

On December 28, 2010, Ben Ali gave a televised speech, laying the blame for the unrest on foreign TV broadcasters who had paid people to tell fabricated stories, and declaring that the troublemakers would be found and severely dealt with. “I knew he was also talking about me,” Ali said. Soon afterwards, the police turned up at his supermarket to arrest him, but he managed to escape.

Ali Bouazizi filmed the funeral, and the protests started up again. Ali was finally arrested on January 10.

“In prison, they blamed me for everything that had happened,” he said. “They beat my head, my hands and my back until I passed out.” Four days later, Ben Ali fled the country, after having held power for 23 years.

READ MORE: Extinguishing the flames of the Arab Spring

Today, the road in Sidi Bouzid that had been called Rue 7 Novembre 1987 – after the date Ben Ali seized power – has been renamed Mohamed Bouazizi Avenue. On this same road stands the provincial government building in front of which the fruit vendor set himself aflame. To commemorate his deed, a monument of a stone cart has been erected next to the building, along with a huge image of Mohamed.

Although some observers regard Tunisia as the only success story of the Arab Spring, many Tunisians have been deeply disappointed by what they say is a lack of change. Ali Bouazizi is one of them – even though he is still proud that the Arab Spring began in Tunisia, and in his city at that.

“I wish that Mohamed was still alive, but I don’t think his death was in vain,” he said. “If he hadn’t done what he did, we might still be living under Ben Ali.”

However, Abdessalam Bouazizi, 31, another cousin of Mohamed who used to sell fruit with him, regrets that he participated in the demonstrations.

“It was better under Ben Ali,” he interjected from behind his fruit and vegetable stall in Sidi Bouzid. “People have less money now, so we sell less.” Many residents complain about how prices have risen sharply in recent years.

Meanwhile, Tunisia’s unemployment rate remains high, at 15 percent. This rate is significantly higher for young people (38 percent) and is especially steep for highly educated young people (62 percent), according to an OECD study. There are simply not enough jobs, especially for university graduates.

Historically, Sidi Bouzid and Tunisia’s interior have been ignored in favour of Tunis and the country’s coastal regions. Although a university and dairy factory have been built in Sidi Bouzid, and the city’s first swimming pool is under construction, it still has fewer jobs and a lower quality of education and healthcare compared to elsewhere in the country.

Thirty-five-year-old Lotfi Bouazizi, another cousin of Mohamed, has been unemployed for years. During the revolution, he stayed with his brother in Italy while looking in vain for work there. After Ben Ali was ousted, he returned home full of hope. “Nothing has improved,” he said, while standing by the grave of his cousin in a small cemetery outside Sidi Bouzid.

Being a relative of Mohamed Bouazizi is not easy. Many say they regularly receive angry reactions from Tunisians unhappy with the fallout from his self-immolation. Mohamed’s mother and sister were severely harassed by other residents of Sidi Bouzid, partly because people were jealous that they allegedly received large sums of money from the government and foreign organisations, although the details of these alleged payments were unclear.

In the end, they moved first to an upscale Tunis suburb and then to Montreal, where, according to a Tunisian website, they will open a restaurant in January called Jasmine.

Before, only Ben Ali and his family stole and cheated. Now everyone does.

In addition to high unemployment, widespread corruption was another major grievance of the Tunisian protesters five years ago. But this has only become worse, Ali Bouazizi said

“Before, only Ben Ali and his family stole and cheated,” Ali said. “Now everyone does.”

He and other residents have told stories of people paying 10,000 Tunisian dinars ($4,900) to land a government job: “The ones who do this are ashamed, but they say that they don’t have any other choice.”

Even the type of corruption that Mohamed Bouazizi experienced does not appear to have ebbed. Some police officers still often demand bribes from street vendors or seize some of their produce as “tax”.

Abdessalam Bouazizi had his scales confiscated late last year, and his colleague in the stall next to him lamented that the police took five boxes of bananas. “Complaining at the police station doesn’t do any good,” he said. “We only risk being arrested.”

Selling goods is only permitted in the covered market, but there is not nearly enough space for everyone. The European Union is funding the construction of a new covered market, but it is still unlikely that there will be sufficient room for the large number of street vendors.

READ MORE: The plights and perils of Tunisian street vendors

Ali Bouazizi is no longer active in politics, and did not even vote in the parliamentary and presidential elections last year. “I have been too disappointed in all the politicians’ broken promises in the last five years,” he explained. He views the current ruling party, Nidaa Tounes, as an extension of the old regime. “Ben Ali is in Saudi Arabia, but his people are still here. The system hasn’t changed.”

He added: “I wish that the politicians would work together more to solve our country’s problems, instead of only working towards their own interests.”

Most Tunisians agree that the only thing that has improved since the revolution is freedom of speech – at least at first. “These days, you have to once again watch what you say when sitting in a cafe or when posting something on Facebook, especially about subjects such as the army, the police, jihad and Syria,” Ali said.

After several terrorist attacks in Tunisia this year, an anti-terrorism law was introduced, causing concern among human rights activists. The current state of emergency allows people to be held for longer periods without trial. “The government wants us to believe that security trumps freedom, but I cannot agree with that,” Ali said.

Although Ali is no longer active in politics, he is trying to contribute to his city’s development through his organisation Association Al Wafa de Developpement, which he founded shortly after the revolution.

The NGO supports local unemployed people in setting up their own businesses, by providing assistance from international organisations. For instance, someone recently started a small car repair garage, while another launched a business selling rabbit meat.

Ali has also been involved in organising the annual December 17 festival in Sidi Bouzid to commemorate the events of 2010. Hundreds of people attended again this year. People waved Tunisian flags and sang the national anthem, and representatives of the Tunisian National Dialogue Quartet, which won the Nobel Peace Prize in October for contributing to the building of a democracy in the country, made a short appearance as well.

A protest march also took place, with people carrying signs with the words “Work, freedom, social justice” written large – just as they had five years ago. These days, more and more people in Sidi Bouzid are talking about the need for a second revolution.

As for Ali Bouazizi, he hopes this change will take place peacefully.

Al Jazeera examines how the death of a Tunisian street vendor led to a wave of uprisings across the Arab world. 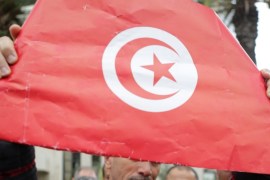 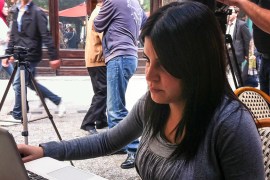 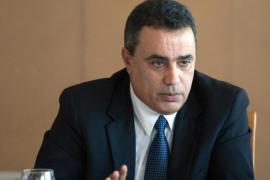