Bangladesh has seen the fourth murder of a blogger with secularist views in 2015, adding to the already existing concerns about freedom of speech in the country.

Niloy Chatterjee, who used the pen-name Niloy Neel, was hacked to death last Friday after men broke into his flat in the capital Dhaka ‘s Goran neighbourhood.

The blogger’s complaint to the police about threats that he received had been reportedly disregarded by the police.

Ansar-Al-Islam, a local chapter of al-Qaeda, claimed responsibility for the murder.

Two days later, the inspector general of the police forces in the country, warned bloggers against writing blogs that may hurt religious sentiments.

“No one should cross the limit,” AKM Shahidul Haque said.

Secularism is a fundamental principle in the constitution of the Muslim-majority country.

Communal tensions have been high in the country in recent years, amid increasing violence against minorities, according to local human rights groups.

Al Jazeera: Who are these bloggers? What do they have in common and what do they usually write about?

Zafar Sobhan: The bloggers are a loose collection of individuals who are associated with a website, Mukto Mona, which is a platform for free-thinkers.

They have raised questions about religious faith – all faiths – and the role of religion in society, and have been critical of extremism and militancy.

Al Jazeera: Is a local chapter al-Qaeda responsible for all of these attacks or are different groups involved as well?

The group in question [Ansar-Al-Islam] used to be known as Ansarullah Bangla. It is difficult to ascertain what their actual connection to al-Qaeda is, if there is any.

Groups disappear and reappear under different names, and there may be considerable overlap between them.

Al Jazeera: The Defenders of Islam group allegedly published a “hit list” of 84 Bangladeshis in 2014. Is there really such a list, and were the bloggers who were murdered on it?

Sobhan:  Yes, I have seen a copy of this list, and we have reported on it in the Dhaka Tribune. We have so far confirmed five names on that list as having been killed. Some say the number is higher. I have seen eight or nine reported.

But it is tricky to be sure, as the names on the list were often not full names, and it is difficult to sometimes figure out who the list refers to.

I do not believe that this last young man killed, Niloy Chatterjee, was on the list,which is worrisome.

It means that it is not just the people on the list who are being targeted. Meanwhile, a new list of 19 names has been released.

Al Jazeera: A police chief recently said, “No one should cross the limit”, warning bloggers to censor themselves if they did not want to be targeted or hurt. What is the actual legal limit of free speech in Bangladesh?

Sobhan: This was unfortunate. There are limits to free speech in Bangladesh, as there are in every country, but they do not legally extend to being critical of religion.

You may not insult or abuse religion, but criticism is fine. The police chief should not have said what he said. It is a sad commentary on the state of law enforcement in this country.

This is a law and order problem and he should be looking at it in those terms. His statement about no one crossing limits is unacceptable and unfortunately reveals a serious problem in the mindset of law enforcement officials, which has contributed to the climate of impunity for such killings. 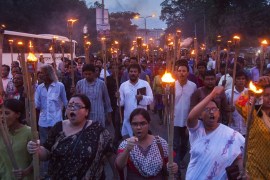 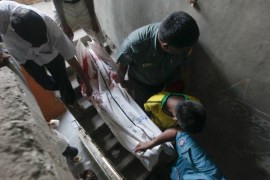