Saudi Arabia’s Supreme Court has upheld a 10-year prison sentence and 1,000 lashes for the jailed blogger Raif Badawi, according to the human rights group Amnesty International.

Ensaf Haidar, Badawi’s wife, told Al Jazeera that the case was under review for several months and his family were “shocked by the decision”.

“We had had some hope before that maybe he would get his sentence reduced,” she said. “I am very sad about his and very worried for Raif.”

She said she believed “they will start lashing him again soon”.

Badawi was arrested in 2012 in the city of Jeddah, and later sentenced to seven years in jail and 600 lashes for setting up the website “Free Saudi Liberals” and for allegedly insulting Islam.

An appeals court later overturned the ruling and ordered a retrial. In May 2014, in addition to a harsher sentence, the court ordered Badawi to pay a $266,000 fine.

In January, Badawi was lashed 50 times in public, despite widespread international outrage and calls for clemency from human rights groups.

Saudi Arabia later postponed his public lashings, supposed to be conducted weekly after Friday prayers, on medical grounds, according to Amnesty.

The United Nations joined a chorus of countries, including the United States, that called for Badawi to be pardoned. 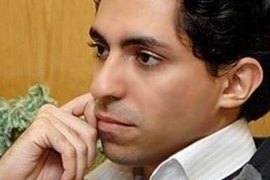 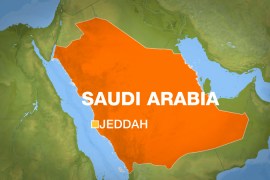