Switzerland has given police protection to three UN investigators into Eritrea’s human rights record  after a top official said they had received threats on the streets of Geneva and at their hotel.

The security measure was put in place on Wednesday, a day after the UN commission started a two-day testimony before the Geneva-based council on Tuesday.

Joachim Ruecker, the president of the council, said on Tuesday that the investigators had been subjected to “various threats and acts of intimidation in their hotel and in the streets since their arrival in Geneva”.

He did not give details but said security had been redoubled, Swiss police had been contacted and security measures had been taken to ensure the council meeting could go on “with calm and dignity”.

Sheila Keetharuth, one member of the commission, said the threats were “specific” but declined to give details.

A Reuters witness saw Swiss police guarding the team even though the meeting was held within the United Nations compound in Geneva.

The inquiry’s report published earlier this month showed human rights violations in Eritrea that may amount to crimes against humanity, including extrajudicial killings, widespread torture and enforced labour.

Mike Smith, who led the inquiry, said the Eritrean government had a choice between carrying out meaningful political reform or further UN scrutiny that could lead to it being referred to the International Criminal Court.

“The government must understand that the system that they have set up is simply unacceptable in the modern world,” Smith said.

The UN inquiry, constrained by its terms of reference, stopped short of declaring whether Eritrea’s government was committing crimes against humanity but recommended this be examined further, so that a decision could be taken about whether to refer the case to the ICC.

Eritrea’s neighbours Djibouti and Somalia are backing a Human Rights Council resolution to extend the team’s mandate for a year to enable it to say if crimes against humanity were committed, and to ensure “full accountability”.

More on Eritrea: From child soldier to Swedish parliamentarian

Eritrea has not cooperated with the investigators nor let them into the country. It has tried to discredit the methodology and motives of the report but has not shown any contrary evidence, Smith said.

Tesfamicael Gerahtu, Eritrea’s ambassador to the United Kingdom and Ireland, was upbraided by Ruecker for telling the council that the commission was “ignorant” and had “a sinister political agenda” and that their report – based on 550 interviews and 160 written statements – was “a travesty of justice”.

Eritrea, one of the poorest countries in Africa, declared independence from Ethiopia in 1993. An exodus of Eritreans fleeing to Europe by crossing the Mediterranean is widely blamed on the harsh conditions in the country. 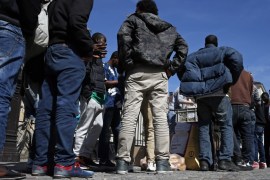 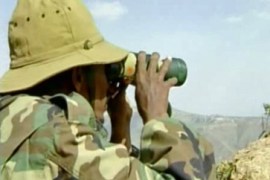 The mystery behind Eritrea