Kabul, Afghanistan – When Bibi Nekbakht and her family were forced to return to Afghanistan last March, they had little hope of finding a better life than the one they had in neighbouring Pakistan.

The return has been especially difficult for the 42-year-old mother of six.

Lacking the money and access to suitable treatment, at a cost of $1,474 to a Pakistani doctor in Islamabad for the chest pains that left her unable to work for three years, she spends most of her day in the room the family rents for $33 a month.

She leaves their secluded east Kabul neighbourhood only when needed – usually to run daily errands and help other recent returnees who are unfamiliar with the Afghan markets and currency.

Like most of the 77,000 Afghans who have returned within the past year, Nekbakht said it was the pressures placed on migrants after the 2014 attack on an army-run school in Peshawar that made their life in Pakistan unbearable.

Though the Tehreek-e-Taliban Pakistan (TTP) claimed responsibility for the violence that led to the deaths of 145, including 132 schoolchildren, officials said the attacks were coordinated by TTP leaders operating on the other side of the Durand Line in Afghanistan.

This revelation led to increased public suspicion of Afghan families, many of whom had spent decades in Pakistan.

Nekbakht said immediately after the attacks, police began to single out Afghans.

“The police would come to your house, accusing you of being in Pakistan illegally. On the streets, they would stop you. They would ask you for an exorbitant bribe or arrest you right there.”

The police raids, which Afghans saw as systematic targeting of their community, were too much for many of them to handle.

For years Afghans had grown accustomed to doling out routine bribes when police would stop to ask them for registration cards. However, after the Peshawar attacks, Nekbakht said the amount became higher and bribes more frequent.

Moreover, Afghans had a growing sense that a bribe would not assure you freedom, as the primary goal of the police now seemed to be to deport Afghans.

However, the most anxiety provoking issue was the order for police to focus on deportations that came directly from the top of the chain of command.

On December 19, three days after the massacre, Pervez Khattak, chief minister of Khyber Pakhtunkhwa province, convened a special cabinet meeting to demand all Afghan refugees be expelled within a month’s time.

After that, it didn’t take long for the Afghan exodus to begin.

Within weeks, thousands of Afghans began to repatriate back to Afghanistan as police raids on their homes became more common.

“We were trapped in our homes. No one ever dared to go to the market,” Nekbakht told Al Jazeera.

Every time they stepped out, Nekbakht said they were faced with the threat of being stopped by the police.

Dissent within the community

Returnees have frequently spoken about a growing anxiety after experiencing a range of issues including house raids, eviction notices and rampant extortion.

Nekbakht said the increased scrutiny on Afghan migrants by locals and Pakistani authorities soon led to dissent among the Afghan community in Pakistan.

Those eager to minimise the attention on themselves, began to “snitch” on others, she said.

“They thought the only way to protect themselves was to sell out others.”

She recalls a February evening when authorities came banging on her door in the northern Pakistani city of Attock where her family had lived for seven years.

With the males of the family most likely to be arrested her sons looked for an escape.

“My two eldest sons had sneaked out the back while we refused to open the door.”

Though their neighbours were able to persuade the police to leave, Nekbakht said they could only evade the authorities for so long.

Nekbakht said her family had tried in earnest to obtain refugee registration cards from the United Nations during their seven years in Pakistan.

“They just kept saying there were none.”

For years, her family survived by paying bribes, but the combined pressures of local suspicions following the Peshawar attack, and the Afghan informants, made staying in Pakistan almost impossible.

However, it was another Afghan named Khairodin who dealt the final blow.

Upset that the family was demanding repayment of a wedding loan, Khairodin snitched on the family’s status.

“He was angry […] so he told [the authorities] we had no registration cards.”

With the authorities forcing them to leave, the family packed up what they could and headed back on a crowded lorry to a country they had fled seven years before due to insecurity and a lack of economic opportunities.

When her family crossed the Torkham border into Afghanistan in March, Nekbakht hoped the UN or Afghan government would help them.

“We were promised help, but it’s been three months and no one, not the UN and not the government has come.”

But after a reduction in international aid money over the last two years throughout the course of the international troop withdrawal, and with Afghanistan’s Ministry of Refugees and Repatriation budget slashed from $1.2m to $250,000 this year, help never came.

For Nekbakht, who had only briefly lived in the Afghan capital as a child, the initial weeks in Kabul were especially tough.

“For 20 days we stayed in other people’s houses, eating their food,” she said.

Eventually, they found a small room in a house in Chaharqala, the neighbourhood many others from the Attock community had come to.

Nekbakht acknowledges that the cramped room, with paint chipping off the water-damaged walls is too small for a family of seven to sleep, eat and study in, but says she is happy to at least be near other returnees from the northwest Pakistan community.

Nestled in between the roads leading to the airport and the main commercial centre of Kabul, Chaharqala, provides the family with a sense of seclusion and safety without being entirely cut off from the rest of the capital.

“Everyday at 4am my son wakes up to sell vegetables from a cart while my husband stands on a roundabout hoping to find construction work. “With no government or international assistance, her husband, Kamal, and eldest son, Mohammad Musa, 18, quickly got to work to pay the $33 a month rent.

The economic downturn following last year’s presidential elections that stretched out for more than 10 months means they are just barely able to make ends meet.

Her son’s vegetable cart only brings in only $2.50 to $3.33 a day, barely enough to pay for their simple daily meals. 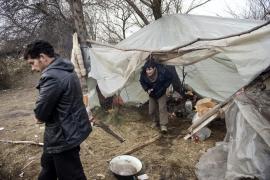 Afghan refugees fleeing their war-torn country wait in makeshift tents as they look for chance to cross into EU. 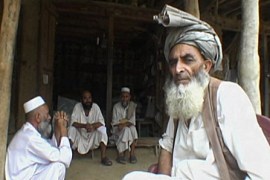 Two million Afghan refugees in Pakistan will not be able to cast their ballot. 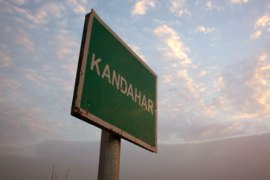