China’s foreign minister has told US Secretary of State John Kerry that Beijing is “unshakable” in its defence of sovereignty, as tensions between the two nations mount over disputed waters in the South China Sea.

The US is weighing sending warships and surveillance aircraft within 12 nautical miles – the normal territorial zone around natural land – of artificial islands that Beijing is building waters in question.

Such a move could lead to a standoff on the high seas in an area home to vital global shipping lanes and believed to be rich in oil and gas deposits.

After talks in the Chinese capital, Foreign Minister Wang said: “The determination of the Chinese side to safeguard our own sovereignty and territorial integrity is as firm as a rock and it is unshakeable.”

“It is the request of our people on our government as well as a legitimate right of ours,” he added sternly at their joint press conference.

Kerry was less assertive in public, saying that Washington was “concerned about the pace and scope of China’s land reclamation” and urged it “to take actions that will join with everyone to reduce tensions”.

The region needed “smart diplomacy”, he said, rather than “outposts and military strips”.

China’s rapid reclamation effort around seven reefs in the Spratly archipelago of the South China Sea has alarmed other claimants such as the Philippines and Vietnam.

At the same time, China has expressed its concern about a possible US plan to send military aircraft and ships to assert freedom of navigation in the South China Sea.

The world’s top two economies have significant commercial ties and Chinese President Xi Jinping is due to pay a state visit to the US in September.

The US is China’s second-biggest trading partner after the European Union, with two-way commerce worth $555bn last year, according to Chinese figures. 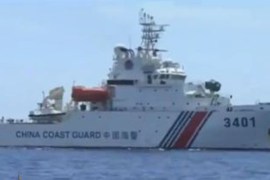 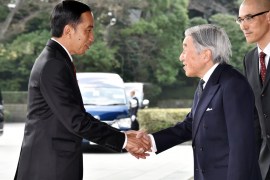 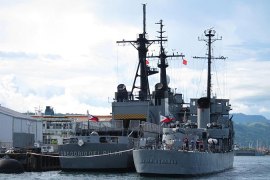