Jabaliya, Gaza Strip – Issam Abu Mustafa Joudeh struggled to hold back tears as he recalled the drone strike that killed his wife and four of his children during the 51-day war in Gaza last summer.

Around 4pm on August 24, 2014, just two days before a lasting ceasefire was reached, Issam went inside to prepare lunch while his wife and five of their kids played outside in the yard. “I was talking to them at the time,” he told Al Jazeera. “I hollered at them out the window to see if they were hungry. Then I heard a loud whiz, followed by an explosion, and the whole house rumbled.”

Issam rushed outside to find an immense crater in the ground. “They were all on the ground bleeding,” he said, noting Thaer, 10, was still conscious. “He was calling for me to help him… I knew it was bad, that there was death.”

Issam and Thaer – along with three other grown children who no longer live at home – were the family’s only survivors. Issam’s wife, six-year-old Osama, eight-year-old Mohammed, 12-year-old Raghad and 14-year-old Tasneem all died on the spot. Thaer had his right leg amputated above the knee and he was then sent to Germany, where doctors are still treating him for severe burns that cover most of his body.

A report released last week by Defence for Children International – Palestine (DCI-Palestine) independently verified the deaths of 547 Palestinian children during the 2014 Gaza war, which concluded with a lasting ceasefire last August. At least 535 of the deaths were the “direct result of Israeli attacks”, and “nearly 68 percent of children killed by Israeli forces during Operation Protective Edge were 12 years old or younger”, the report found.

Issam’s children were among the 164 killed by aerial drone strikes during the war. “In a disturbing trend, evidence in several cases suggests that Israeli forces directly targeted and unlawfully killed children with drone-fired missiles,” DCI-Palestine’s report noted.

“I cannot understand these crimes,” Issam told Al Jazeera, placing pictures of his wife and each child on the plastic table in front of him. The 48-year-old father of eight, who works for the Palestinian Authority’s communications department, then dumped a bucket of shrapnel on the table – the mangled remains of the drone-fired rocket that killed his family.

Thaer is one of an estimated 1,000 children in Gaza who sustained permanent disabilities during Israel’s Operation Protective Edge, the longest and bloodiest of its three military offensives in the narrow coastal enclave since it launched the three-week Operation Cast Lead in December 2008, according to DCI-Palestine.

The UK-based Save the Children humanitarian organisation estimates that more than 1,500 children were also made orphans, and that “all of Gaza’s children, who make up half of the 1.8-million-person population, need some form of psychosocial support”.

Federica D’Alessandra, a fellow at Harvard University’s Carr Center for Human Rights Policy, explained that the trauma may be long-lasting at both a humanitarian and a developmental level, as lost education can take years to regain.

“This level of damage to human capital can hinder a nation’s productivity and growth for decades,” D’Alessandra told Al Jazeera, noting that “depression, anxiety, post-traumatic stress disorder and general psychological difficulties are common among war-affected children”.

During the war, senior UN human rights official Navi Pillay stated that Israel may have committed war crimes during the offensive.

An Israeli military spokesperson did not respond to Al Jazeera’s requests for comment about these allegations or about the findings in the DCI-Palestine report.

As reconstruction has barely commenced in most parts of Gaza due to political bickering, and with the international donors’ failure to deliver promised funds, the situation remains dire for most children in the territory.

“Since hostilities ended in August, children in Gaza have remained vulnerable due to massive destruction to civilian infrastructure and unexploded ordnances,” DCI-Palestine’s report noted. “Children make up the majority of the 108,000 residents left homeless after the war.”

Though Israel says its military adequately investigated accusations of misconduct during the war, DCI-Palestine’s report disagrees, noting: “The international community must demand an end to Israel’s illegal blockade of the Gaza Strip and challenge systematic impunity by investigating allegations of war crimes and holding perpetrators accountable.”

Back in Jabaliya, Issam is living at his brother’s home for the time being. “I cannot stay in the house where half of my family died,” he said.

While cleaning up the rubble a week after the drone strike, Issam found himself calling for his late eight-year-old son Mohammed to help him.

“When I caught myself,” he said, “I sat on the ground and wept.” 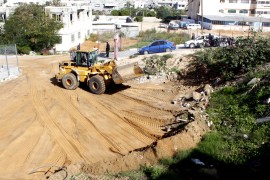 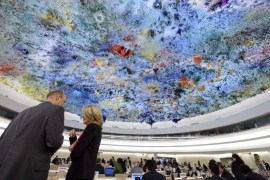