A long-simmering water conflict between Ethiopia and Egypt has moved a step closer to resolution, after the countries’ foreign ministers announced last week they had reached a preliminary agreement on sharing Nile water.

The deal, which still needs to be approved by the heads of state of Egypt, Ethiopia and Sudan, appears to be an important breakthrough, observers say – although details of the agreement have not yet been made public.

“This is significant in my view,” Mwangi Kimenyi, a Brookings Institute fellow who co-authored a book on the need for a new legal regime on sharing Nile water, told Al Jazeera. “Any development in the sharing of Nile water that is based on negotiations between the stakeholders is a positive development.”

The deal is important because it appears to mark a move away from Egypt’s historical insistence on maintaining colonial-era agreements on water rights.

Last week’s meetings were the latest in a series of diplomatic efforts to resolve a conflict that has at times escalated to threats of war between two countries viewed as anchors of stability at either end of the Nile: Egypt thirsty for water, Ethiopia hungry for economic development.

The foreign ministers and water ministers of Egypt, Ethiopia, and Sudan met in Khartoum last Tuesday for diplomatic and technical discussions over a large dam Ethiopia is constructing over a Nile tributary.

On Friday, Sudanese Foreign Minister Ali Karti told reporters: “A full agreement has been reached between our three countries on the principles of the use of the eastern Nile Basin and the Ethiopian Renaissance Dam.”

Failure in construction of the dam will mean a failure for Ethiopia. By building this dam, we will develop this country.

The Grand Ethiopian Renaissance Dam (GERD) being built across a major Nile tributary, the Blue Nile, about 40km from the Sudanese border, is expected to produce up to 6,000 megawatts of electricity during peak times, making it Africa’s largest hydroelectric scheme.

Ethiopians believe the dam will transform their country, where only around one-third of the population has access to electricity, into a major electricity exporter to East Africa – raising living standards, spurring economic growth and leaving behind a history of drought and famine.

Ethiopians have invested heavily in the dam, buying government bonds to help raise the nearly $5bn needed and becoming advocates for its potential benefits.

“Failure in construction of the dam will mean a failure for Ethiopia,” said Belachew Chekene Tesfa, an Ethiopian engineer based in the United Kingdom who works in the field of renewable energy.

Tesfa, a founder of Ethiopian International Professional Support for Abay (the Ethiopian name for the Nile), was inspired to form the group to promote the dam. “By building this dam, we will develop this country,” he said.

Egypt, meanwhile, is concerned about the downstream effects. Heavily reliant on the Nile, Egyptians have long treated the river as a birthright, and for decades Egypt blocked upstream developments, relying on a “historic” right to Nile water codified in colonial-era treaties.

Egypt has struggled to adapt to the new power dynamic as a determined Ethiopia has disregarded the colonial agreements – widely seen by upstream states as unfair for not including them – and proceeded with dam construction, irrespective of Egypt’s objections.

Newly readmitted to the AU, Egypt achieved a further breakthrough when Ethiopia agreed to restart talks on the GERD, which had been stalled for months, and to form a bilateral committee on issues of mutual concern.

Further visits by Egyptian officials to Ethiopia followed. At a time when Egypt has been preoccupied with a low-level internal insurgency in Sinai, a stumbling economy and the threat of a failed state on its doorstep as Libya implodes, these visits pointed towards a renewed commitment to a diplomatic solution.

With the Nile’s balance of power shifting towards Ethiopia, it has been incumbent on Egypt to overcome the mistrust resulting from decades of obstructive policies towards upstream Nile states.

Cooperation is the only way to prepare effectively for the Nile's future ebb and flow.

A western diplomat in Cairo, who spoke on condition of anonymity, said that until recently “the Ethiopians have been playing with time” and did not feel pressured to reach a deal, but in the long term, “it wouldn’t be in their favour to build and not give any reassurance to Egypt”.

Last week’s announcement will allow Egypt to take home a victory, necessary after long claiming the upstream Nile development was an existential threat.

“It’s kind of face saving,” said Salman Salman, a Sudanese water law expert, who added: “now they realise the need to move beyond face saving to the real issues.”

Others say the actual import of the agreement will depend on whether it includes concrete figures for the utilisation of the Nile’s water. “I am hoping that the agreement will include actual data on the volumes of water that Ethiopia can use. That would be real evidence of a good arrangement,” Kimenyi said.

Salman said he expected the deal to include an agreed period of time during which Ethiopia would fill the GERD’s reservoir. Filling it more slowly would reduce the downstream impact on Egypt, he said. He also speculated that the deal could include an agreement for Ethiopia to export electricity to Egypt.

With rising demand for water, a cooperative approach between the Nile riparian states is the only viable long-term solution, Nicol added. “Cooperation is the only way to prepare effectively for the Nile’s future ebb and flow.” 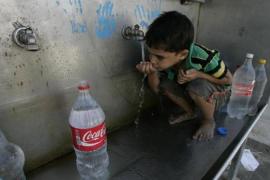 Israel-Palestine Joint Water Committee’s work has been referred to as ‘water apartheid’, and ‘pretence of cooperation’. 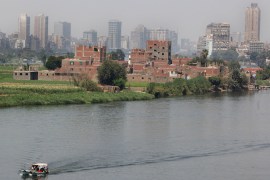 First talks on Ethiopia’s plan to dam the Nile since Egypt’s Mansour took power end without agreement in Kuwait. 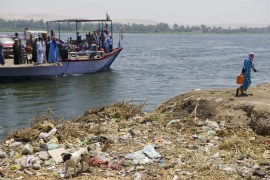