A Bahraini court has sentenced three Shia Muslims to death and jailed seven others for life after convicting them of killing three policemen in the Sunni-ruled Gulf state last year, prosecutors said.

The supreme criminal court also stripped eight of the defendants of their Bahraini citizenship over the March 3 bombing in a Shia village, the deadliest attack since security forces crushed Shia-led protests in March 2011.

The names of those sentenced to death and those stripped of citizenship were not immediately available.

Authorities previously said the three police officers were killed on March 3, 2014, as they were dispersing “rioters and vandals” on the outskirts of the capital Manama. One of those killed was a police officer from the nearby United Arab Emirates who was deployed to help bolster security in the tiny island kingdom.

Bahrain crushed the protests after neighbouring Gulf nations of Saudi Arabia and the United Arab Emirates sent in troops, amid fears the local political conflict would set the stage for Shia-majority Iran to expand its influence and inspire unrest elsewhere. 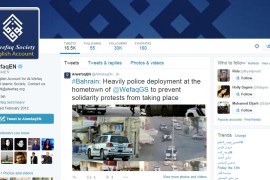 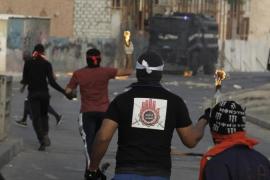