Irish politicians have intensified a call to release a hunger-striking Irishman held in an Egyptian jail who is accused of carrying out violence during a protest, a day after a mass trial was adjourned for the eleventh time.

The trial of 20-year-old Ibrahim Halawa – who has been in jail for almost two-and-a-half years – and 493 other defendants was postponed on Saturday, reportedly because a witness was absent.

“The sooner we get him out the better for such a young man,” Lynn Boylan, a Member of the European Parliament (MEP) representing Sinn Fein, said in an interview with Al Jazeera on Sunday.

“My fears are for his mental and physical wellbeing. He’s a well-built 20-year-old and when I visited him in August this year in Egypt, he was struggling for breath, which was shocking.”

Adjournment again of #IbrahimHalawa is frustrating for him & family. I will contact Egyptian Amb next week to express my concerns @ClareFM

“I remain very concerned about the length of time that Ibrahim has spent in detention and I have conveyed this concern directly to the Egyptian government,” said Flanagan.

Political pressure calling for Halawa’s freedom has been growing since Friday, when 566 MEPs voted in favour of a European Parliament resolution, compared with 11 against, calling the case “an unacceptable breach of human rights”.

The motion criticised prison conditions, Egypt’s dependence on police witnesses in the case, repeated adjournments of the mass trial, failure to treat Halawa as a juvenile, and the fact he could face the death penalty if convicted.

Halawa was arrested in August 2013 along with hundreds of others after taking refuge in a mosque from a bloody crackdown on demonstrators who had protested the removal of democratically elected President Mohamed Morsi.

He is accused of an alleged role in violence during protests in Cairo – charges he, witnesses and his lawyers all deny.

“[The Irish government] should start to extert diplomatic pressure pre-sentence,” said Boylan, who voted in favour of the motion on Friday. “We would argue that the [Irish] government needs to be more forceful in their language” in calling for justice in Halawa’s case.

“Their softly softly approach is not working,” Boylan added.

Fears for Halawa’s health have deepened since he began a hunger strike protest in October.

“Instead of trying to quash the growing calls for justice in Egypt, the [President Abdel Fattah el-] Sisi government must listen – and reverse the terrible abuses taking place in its prisons and courts,” said Maya Foa, head of the death penalty team at Reprieve, a UK-based rights organisation.

The group – which along with other human rights organisations and lawyers says Halawa has been beaten, tortured and electrocuted in jail – alleged that Egyptian authorities lobbied the MEPs ahead of the vote to sway the result.

Al Jazeera has seen a copy of a “fact sheet” email sent to MEPs by an Egyptian government official that denies poor prison conditions and warns against “any preemption of the judicial ruling”.

Al Jazeera has also seen an email sent to MEPs by Ahmed Khafagy, a counselor at the Egyptian embassy in Brussels, who insists Halawa “and other individuals from the Islamic movements” used a mosque’s minarets to shoot at police and raise flags of the Islamic State of Iraq and the Levant (ISIL) group.

“He was exploiting what happened in Paris and captalising on people’s fears to prevent the resolution from getting on the agenda,” said Boylan. 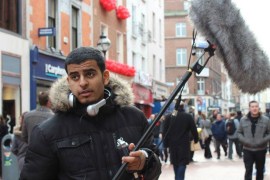 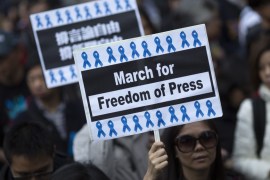 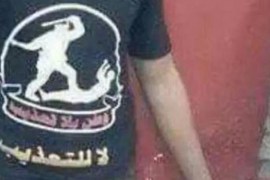