Beirut – As the Lebanese government is expected to launch a new four-year plan to combat HIV/AIDS in the country, activists say more needs to be done to confront the rampant social discrimination against disease carriers in the country.

“Patients tested positive for HIV risk losing their medical insurance – and in some cases – their jobs because of the stigma surrounding the disease,” says Diana Abou Abbas, manager of Marsa, a sexual health centre providing services to HIV patients in Lebanon.

In one case, a patient who was tested positive, lost his health insurance and his job because the laboratory technician informed the insurance company, which later informed his employers.

“This is a major breach of confidentiality and privacy, but such stories are common when you are diagnosed with HIV in Lebanon,” Abou Abbas told Al Jazeera.

RELATED: Q&A: Can the AIDS epidemic be eradicated by 2030

We assume there are a lot of people out there living with HIV and don't know it. We need to enable the environment so people feel free to get tested.

According to the government sponsored National Campaign to Combat AIDS, there are over 3,750 people infected with HIV in Lebanon. Men who have sex with men (MSM) account for most new cases.

“There is a concentrated prevalence,” explained Johnny Tohme, the director of M-Coalition, an Arab platform on HIV.

But the Campaign to Combat AIDS believes many more patients, due to fears of being discriminated against, have not reported that they carry the virus.

Health ministry treatment centres have provided medication to 764 patients with HIV in total, according to ministry figures from 2014.

“We need to enable the environment so people feel free to get tested.”

Because of the widely held perception about the association of the disease with homosexual behaviour, which is considered a social taboo, conducting research to investigate the prevalence is challenging, Tohme said.

But the little research, done by researchers like Tohme, is a cause for concern. One study found out that approximately 60 percent of men who have sex with men in Lebanon do not consistently have safe sex. While HIV testing is considered one of the preventive measures, in Lebanon, however, testing rates are as low as 24 percent.

Doing the test itself is stigmatised all over the region, Tohme explained, because it gives rise to fear of infection and social stigma.

Earlier this month, health experts gathered in Beirut to review the government’s new plan to combat HIV/AIDS after the previous strategy failed to achieve its goals.

While details of the new plan, to be implemented in 2016-2020, are still being discussed, it is expected that it will be less ambitious than the previous one.

According to Mustafa Nakib, president of the National Campaign to Combat AIDS, last year’s plan set out lofty goals in the way of awareness raising, prevention, investigation and treatment.

“Only 20 percent of the goals outlined in the previous plan were achieved and this was because of several [political crises] that limited the full implementation of the law as the gridlock stalled many laws from passing,” said Nakib.

Article 534 of the Lebanese Penal Code outlaws acts of “unnatural sex” that includes homosexuality. “We need to remove this law,” said Tohme. “This is a top priority to ensure confidentiality for patients. We live in a discriminatory society and getting tested forces patients to come out, which is why anonymity is important when offering health services.”

But even within the LGBT community, HIV carriers risk being ostracised if their illness is found out, said George, a member of the community. “When a person who is known to be HIV-positive walks into the room, everyone says, ‘He’s the one with HIV.'”

HIV rates have been declining worldwide but in the Middle East region, they appear to be rising. In Lebanon, according to figures from the national campaign, there are 85-110 new cases a year.

According to statistics compiled in 2013 by the health ministry, 12 percent of reported cases had contracted AIDS. Of existing cases, 90 percent were sexually transmitted, of that, 45 percent occurred due to homosexual behaviour.

But there are gaps in the data: nearly 30 percent declined to say how they contracted the disease.

Nearly 92 percent of all recorded HIV patients in the country are men. The largest group carrying the disease are 15 to 29-year-olds with 26 percent, followed by those between the ages of 30 and 49, at about 25 percent.

Several NGOs have recently emerged to raise awareness about the disease and provide health services in safe spaces for Lebanon’s LGBT community. Marsa is one such organisation.

The centre provides testing and counselling services at discounted rates and in cases where medication is needed for HIV/AIDS patients, clinic doctors provide referrals.

The majority of patients MARSA sees are university students. All of the centre’s HIV-positive patients are men. “The numbers have been increasing,” Abou Abbas says of newly diagnosed patients.

Medical advances have produced anti-retroviral drug cocktails that manage the spread of HIV in the body, making the otherwise grave illness into a manageable one.

Marsa patients also receive counselling to deal with the diagnoses. It is here that the effects of the stigma surrounding the disease come to light.

“A lot of people don’t reveal their HIV status to their family members, so that is a major concern,” Abou Abbas said. “Most of our clients are not out to their families.” 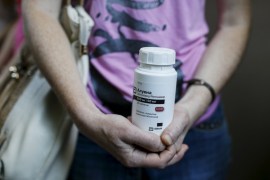