The Russian military intervention in the Syrian conflict has added yet another complicated layer to this ever-metastasising conflict. The intervention has changed the calculations of many of the domestic and regional players and has given greater impetus towards a political process.

Such was evident this week as competing and parallel opposition meetings occurred in Riyadh, Damascus, and Malikiya, with the former bringing together more than 100 delegates from the political and armed opposition.

In a context of increased political activity, one would be excused to have missed reports about an Iranian retreat from Syria.

This argument rests on the assumption that Iranian military personnel losses on the battlefield, as well as growing Russian influence in Syria, are forcing an Iranian retreat from the conflict. Yet, both realities do not fundamentally alter either the Iranian influence in Syria or its short- and long-term strategic interests.

READ MORE: Debate about Syria is missing one thing: Syrians

Given that one of the few constants in Syria’s conflict has been Iran’s military, political, and economic support of the Syrian regime, the notion of an imminent Iranian retreat from Syria should be viewed with scepticism.

Indeed, it may be more appropriate to speak of an Iranian adaptation to the new dynamics of the conflict.

Mistaking this adaptation for a strategic retreat seems based more on wishful thinking that a Russian-Iranian split is the key to solving the Syrian conflict.

While there is certainly both consistency and discord in Russian and Iranian positions on Syria, such realities do not necessarily undermine Iranian influence in the conflict.

While personnel and equipment losses may have induced some form of conflict fatigue among the military apparatus, this, however, does not fundamentally alter Iran’s influence on the battlefield.

The Iranian Revolutionary Guard Corps works very closely, and thus exercises influence with both foreign and local actors such as Hezbollah, and the National Defence Forces, a Syrian militia that is largely trained by Iranian forces and which now outnumbers the regular army.

The withdrawal of Iranian military personnel from the Syrian battlefield thus does not change the depth of Iranian strategic influence in Syria. Nor does it change Iran’s larger interests around the preservation of Hezbollah’s supply routes – and its wider geopolitical calculations in Syria.

This is perhaps a point of future contention with Russia, but, for now, it remains an immutable principle of Iranian involvement in Syria.

WATCH: Iran and Syria pledge to expand cooperation in Syria

Iran’s military influence parallels the increasing acceptance of its political role in Syria. For years now, Western leaders and their regional allies have insisted on a political process that excluded Iran.

Attempts to marginalise Iran from the political process made one wonder, given Iran’s central role in preserving the regime, how such a process had any hope of succeeding.

Such realities have been acknowledged in the aftermath of the Russian intervention and have led to an Iranian delegation being invited to the Vienna summit which took place in November.

While the talks are unlikely to lead to a substantial political breakthrough, the presence of Iranian officials at the negotiation table was itself a significant, albeit minor, development that reflected a political concession from Western and regional states.

Whether Iranian officials actually welcomed such a role is debatable, given the unlikelihood of a political process yielding a solution entirely favourable to Iranian interests. Nevertheless, Iran’s inclusion in the Vienna talks was an important step towards legitimising its political role in the Syrian conflict.

We also cannot ignore the substantial economic interests that Iran has in Syria today. In the last four years, Iranian public and private institutions have been active in all areas of the Syrian economy, swallowing up property and taking on large-scale contracts.

The Iranian government has also extended billions of dollars of credit to the Syrian regime that they surely expect to be repaid.

The larger point here is that Iran’s increased military involvement in Syria during the conflict occurred alongside deeper economic engagement that increasingly tied Iranian economic institutions to Syria and produced billions of dollars of Syrian debt.

After almost five years of an intense and violent conflict that has destroyed Syria, Iranian officials are not about to walk away and allow for the country to be remoulded in someone else’s vision.

Assuming that Iran’s political, military, and economic interests in Syria will be abandoned because of battlefield losses or because of increased Russian influence in Syria is, in the end, nonsense.

Under the changing circumstances of the conflict, the more substantive question then is not whether Iran is in retreat but, rather, how will it adapt to these new realities?

Can Iran’s strategic interests be preserved within a context of increased Russian intervention, sustained battlefield losses, and an international political process aimed at ending the conflict?

Only time will tell how the components of this question are answered.

In the meantime, we should be weary of any suggestions that Iran is in retreat from Syria.

Samer Abboud is an associate professor of international studies at the University of Arcadia and author of Syria.

Analysis: US Special Forces in Syria, why now?

Deployment of Special Forces is seen as a weak attempt to balance the effects and optics of Russian intervention. 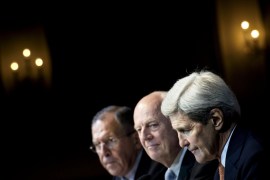 What now for Syria?

Syria’s unprecedented human disaster renders nonsensical all talk about possible victory by either side of the conflict. 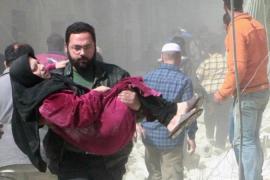