Bulgarian border guards have shot dead an Afghan asylum seeker after he crossed into the country from Turkey.

The man was killed near the border with Turkey after police fired and struck him with a warning shot that ricocheted, Bulgarian authorities said on Friday.

Interior Ministry chief of staff Georgi Kostov said: “A group of 54 people aged between 20 and 30, all from Afghanistan, were intercepted by border guards and a police officer after crossing into Bulgarian territory.

“One of my colleagues used his personal weapon and fired.”

The man was injured and died from his wounds en route to hospital.

The targeted group of refugees were seen by a patrol near the southeastern Bulgarian town of Sredets.

The UNHCR said it was the first time an asylum seeker had been shot dead while trying to cross into Europe.

“We, at UNHCR, are deeply shocked by this incident,” said Boris Cheshirkov, a spokesman for the UN refugee agency.

“We deplore the death of an Afghan asylum seeker, trying to reach safety across the border. We call on the Bulgarian authorities to conduct an immediate, transparent and independent investigation. Seeking asylum is an universal human right and not a crime.”

The other refugees were detained while an investigation was launched. The men carried no identification documents.

In the first eight months of 2015, Bulgaria processed 10,600 asylum requests. Most refugees want to leave the country soon after arriving for wealthier countries such as Germany or Sweden.

Bulgarians were among those arrested in August in connection with the deaths of 71 refugees whose bodies were found in an abandoned refrigeration truck on a highway in Austria. 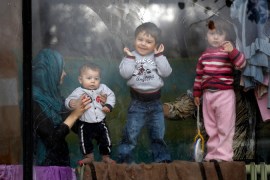 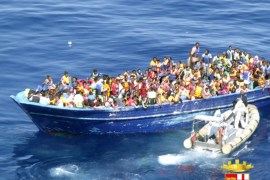 Arrests made after 71 dead refugees found in Austria