Protesters have clashed with police in Mauritania after three anti-slavery activists were sentenced to two years in prison.

At least four people were injured after the police used tear gas to disperse protestors on Thursday.

Biram Ould Dah Ould Abeid, the runner-up in 2014 presidential elections and the head of an anti-slavery group, was convicted along with one of his aides Bilal Ramdane, and Djiby Sow, a civic and cultural rights campaigner.

Dozens of their supporters stormed the courthouse and surrounded the prosecutor’s office in the capital, Nouakchott, while others smashed the windows of the police van carrying the three, according to private news agency Al-Akhbar.

Seven others on trial for joining anti-slavery protests in November were released.

Amnesty International statement condemned the use of tear gas and batons force by the police.

“We are going to appeal,” Brahim Ould Ebetty, a defence lawyer told AFP news agency in response to the guilty verdict.

The activists were charged with “belonging to an illegal organisation, leading an unauthorised rally, and violence against the police”, their defence team said.

According to Amnesty, the activists were arrested while trying to educate people about land rights in the west African country where slave descendents are often forced to give up a portion of their crops to the traditional masters.

Gaetan Mootoo, Amnesty’s West Africa researcher, denounced the convictions, saying: “The intensifying crackdown on anti-slavery activists in Mauritania has no legal justification and is symptomatic of the government’s lack of respect for human rights.”

The country was the last in the world to abolish slavery, in 1981, and since 2007 its practice has been officially designated a crime punishable by up to 10 years in prison.

But campaigners say the government has failed in the past to acknowledge the extent of the trade.

Forced labour is a particularly sensitive issue in Mauritania, where anti-slavery charities are very active. 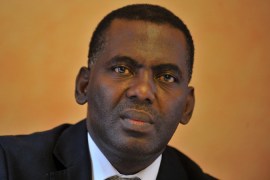