Affluent nations have taken in a “pitiful” number of the million of Syrian refugees uprooted by the country’s civil war, placing the burden on Syria’s ill-equipped neighbours, according to Amnesty International.

The London-based rights group, in advance of a December 9 donors’ conference in Geneva, deplored on Friday what it called the shocking failure of rich nations to host refugees.

“Around 3.8 million refugees from Syria are being hosted in five main countries within the region: Turkey, Lebanon, Jordan, Iraq and Egypt,” Amnesty International said in the statement.

Highlighting what it referred to as “the pitiful numbers of resettlement places offered by the international community”, the group said that Russia, China and the Gulf Arab states had not offered a single location for resettlement of refugees.

Meanwhile, the European Union as a whole, excluding Germany, has pledged to take in only 0.17 percent of refugees residing in countries bordering Syria.

“The complete absence of resettlement pledges from the Gulf is particularly shameful. Linguistic and religious ties should place the Gulf states at the forefront of those offering safe shelter.”

The failure of wealthy nations to share the burden had placed a increasing strain on host countries, which were largely ill-equipped for the influx of people escaping violence in Syria.

Amnesty International said it was calling for the resettlement of five percent of Syria’s refugees by the end of 2015, and an additional five percent the following year.

The plan would accommodate approximately 380,000 refugees identified by the UN as being particularly vulnerable including lone children and torture survivors.

“Countries cannot ease their consciences with cash pay-outs then simply wash their hands of the matter,” Ali said.

“Those with the economic means to do so must play a greater role.”

In addition to those who fled the war-ravaged country as external refugees, the UN says more than seven million Syrians are internally displaced.

The refugees face poverty, illness and growing tensions with host communities in their already-impoverished temporary homes.

Syria’s civil war began in March 2011, escalating into a bloody civil war that has displaced around half the country’s population. 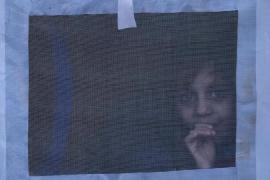 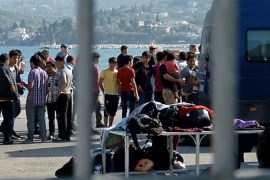 Number of people entering Europe across Mediterranean waters set to triple this year, despite thousands drowning. 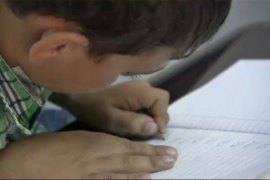 Fleeing from war, many Syrians seeking refuge in Turkey have no documents to prove who they are. 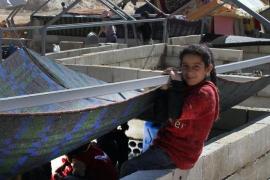 Syrian refugees in Lebanon under threat

Many Lebanese fear Islamic State fighters, who have captured and beheaded soldiers, are hiding among refugees.