Italy faces political paralysis as near-complete results in crucial national elections have shown that no group won enough votes to form a government.

The uncertainty bodes ill for the nation’s efforts to pass the tough reforms it needs to tackle its economic crisis and prevent a new round of global financial turmoil.

With more than 99.9 per cent of returns in from polling stations, Monday’s results showed the centre-left had scored a modest victory of around 130,000 votes in the lower house of parliament, enough to give it comfortable control thanks to a big winner’s bonus.

But no party or likely coalition won enough seats to form a majority in the upper house, creating a deadlocked parliament – the opposite of the stable result that Italy desperately needs to tackle a deep recession, rising unemployment and a massive public debt.

The next move to solve the crisis will be when Georgio Napolitano, the Italian president, calls in political leaders to discuss how to form a government.

But this is not expected until March 10 after the election result is formally confirmed and parliament convened.

The election results were an extraordinary success for Genoese comic Beppe Grillo, leader of the populist 5-Star Movement, who toured the country in his first national election campaign hurling obscenity-laced insults against a discredited political class.

He polled more around a quarter of the vote in a stunning rise from the 1.8 per cent he received in his movement’s first local political test in 2010.

Grillo was set to become the biggest single party in the lower house, riding a wave of anger against waste and corruption by ageing political leaders.

The result was a humiliating centre-left leader Pier Luigi Bersani, who squandered a 10-point opinion-poll lead less than two months ago against Silvio Berlusconi’s centre right.

Berlusconi, the billionaire media magnate who staged an extraordinary comeback from sex and corruption scandals since diving into the campaign in December, came in a close second in the Senate race, with an estimated 117 seats.

With almost all results in, the centre-left was set to take 121 seats in the upper house, Grillo 54, and Monti languishing on only 22 after a campaign which never took off.

The Senate majority is 158.

Berlusconi, 76, wooed voters with a blitz of television appearances and promises to refund Monti’s unpopular housing tax despite accusations from opponents that this was an impossible vote buying trick.

Grillo had attacked all sides in the campaign and ruled out a formal alliance with any group although it was not immediately known how he would react to his stunning success or how his supporters would behave in parliament.

The results showed more than half of Italians had voted for the anti-euro platforms of Berlusconi and Grillo.

Al Jazeera’s Barbara Serra, reporting from Rome on Tuesday, said Napolitano would be asking Bersani to form a  coalition but his options were not plenty.

A Bersani-Berlusconi coalition was probable but it would be a “temporary measure”, she said.

“It is going to take weeks before any kind of picture begins to emerge, although the horse trading has started already.”

A centre-left government either alone or ruling with Monti had been seen by investors as the best guarantee of measures to combat a deep recession and stagnant growth in Italy, which is pivotal to stability in the currency union.

But the failure of Monti to gain traction at the head of a centrist force, despite support from business leaders and foreign governments, and the weak showing by the centre-left meant they do not have nearly enough Senators to do this.

The upper and lower houses have equal law-making power. 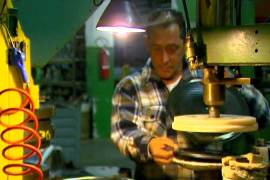 Northern Italian town is set to play a decisive role in the outcome of national elections this weekend. 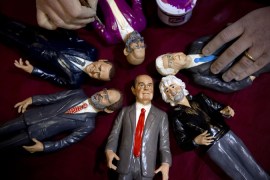 Little hope of stable government in the country’s south as economy flounders. 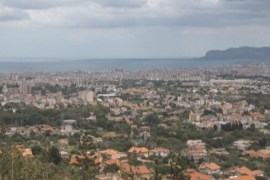 With the economic crisis deepening, Italian island is relying on Rome to keep its head above water. 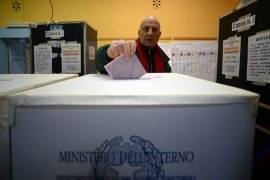 As Italians vote, we ask who do they trust to take on the financial crisis in Europe’s third-largest economy.