A Bangladeshi court has convicted more than 300 soldiers at the start of a mass verdict over a 2009 military mutiny in which scores of senior officers were massacred.

At a special court in Dhaka on Tuesday, Judge Mohammad Akhtaruzzaman sentenced 152 people to death – and another 157 to life in prison – for their role in the 30-hour mutiny.

At least 200 soldiers were acquitted.

“The atrocities were so heinous that even the dead bodies were not given their rights,” Akhtaruzzaman said as he started to read out the verdicts.

Up to 823 soldiers allegedly took part in the killing of 74 people including senior army officers who were hacked to death or tortured and burnt alive before their bodies were dumped in sewers and shallow graves.

Security was tight at the specially built court in Dhaka, with police and elite Rapid Action Battalion (RAB) officers deployed outside, before the verdict’s announcement.

“We have deployed around 2,000 police and RAB officers in and around the court compound,” Harunur Rashid, deputy police commissioner for Dhaka, told AFP news agency.

Prosecutors had sought the death penalty for many of the 823 soldiers who are charged with murder, torture, conspiracy and other offences over the 30-hour uprising that started at the paramilitary Bangladeshi Rifles (BDR) headquarters in Dhaka.

Nearly 6,000 soldiers have already been jailed by dozens of special courts over the mutiny that spread to other BDR bases around the country.

The group said at least 47 suspects died in custody while the suspects have had limited access to lawyers.

The 823 soldiers were singled out for prosecution in a civilian court after they were found guilty in military courts over their role in the mutiny.

Twenty-three civilians have also been charged with criminal conspiracy.

Baharul Islam, lead prosector, said the case was the largest of its type in the world with hundreds of witnesses taking part in the trial that started in January 2011 and finished in October this year.

“So far as we know it’s the largest case in the world’s history. There were 654 prosecution witnesses,” Islam said before the verdict.

The verdict was delayed last week after the judge said he needed more time to finish writing it.

During the uprising, the mutineers stole an estimated 2,500 weapons and broke into an annual meeting of top BDR officers before shooting them at point blank range.

As the mutiny spread, it briefly threatened the new government of Prime Minister Sheikh Hasina, which had been elected only one month previously.

The cause of the violence is uncertain but pent-up anger over poor benefits and resentment by soldiers against BDR senior officers, who do not come from within the BDR, is widely seen as the main factor. 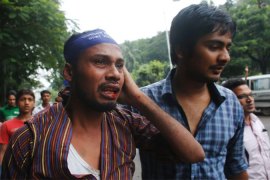 Businesses believe country has lost $40bn as a result of political protests, which are hurting young and old alike. 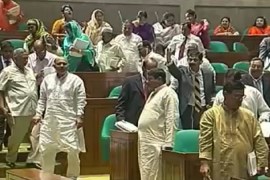 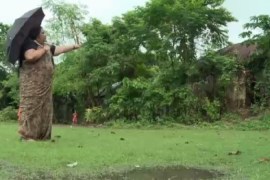 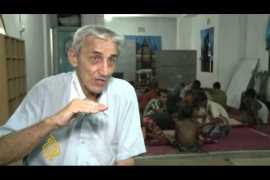