A prominent figure in the illicit smuggling of endangered reptiles is being officially investigated by Malaysia’s wildlife department following the airing of an exclusive documentary by Al Jazeera.

Anson Wong, also known as the Lizard King, and his wife, Cheah Bing Shee, were the focus of a year-long investigation by Al Jazeera’s Steve Chao into the illegal trade in wildlife.

Wong, dubbed “the Pablo Escobar of animal trafficking”, has been caught twice by authorities and has served eight years in jails in the US and Malaysia.

Released last year, Wong is alleged to be back in business, taking charge of his old network of smuggling contacts.

“If a news agency, with no enforcement powers and little access to information, could unearth such damning details, there is no excuse for government agencies with full enforcement powers not to do more and act on what they find,” Shenaaz Khan of Traffic, an international NGO which monitors the wildlife trade, said in a statement to Al Jazeera.

The organisation, an alliance of the WWF and the International Union for Conservation of Nature, has called on the Malaysian government to declare all permits issued to companies believed to be linked with the pair.

The illegal trade in wildlife is thought to be worth at least $19bn a year, a sum rivalled only by the black markets in drugs, counterfeit goods and people.

The industry undermines conservation efforts, threatens the rule of law and poses a risk to public health, according to the US State Department.

Wong achieved notoriety in 1998 when he was arrested by US agents after they lured him to Mexico in a highly elaborate five-year investigation that became a best-selling book, The Lizard King.

He was later convicted for smuggling endangered species and sentenced to 71 months in prison.

Following his release and return to Malaysia, fears that he continued to be involved in smuggling were confirmed in 2010, when his bag broke open while in transit to Jakarta, revealing 95 boa constrictors.

He was released from prison in February 2012 without serving his full sentence, despite evidence of his involvement in other smuggling cases.

Chao’s Return of the Lizard King documentary for 101 East infiltrated Wong’s network from Madagascar to Thailand, to Indonesia and to Malaysia, uncovering the trade in Radiated tortoises – the second most endangered in Madagascar.

Other distributors tied to Wong allege that corrupt wildlife and customs officials take payments to allow poachers and smugglers get away with their crimes. 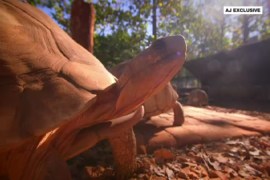 Wildlife trafficker back in business 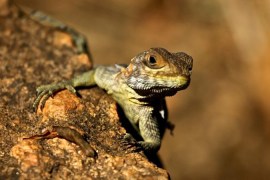 Return of the Lizard King

101 East exposes an infamous wildlife trafficker at the helm of an illegal multi-million dollar business. 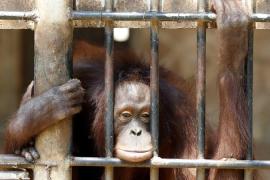 Thailand needs to overcome its biggest problem, corruption, to tackle the problem of illegal smuggling. 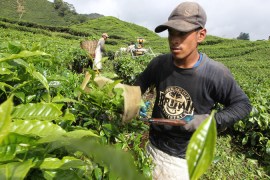 The ravaging of Malaysia’s Cameron Highlands

Land is being cleared at an unprecedented rate in Malaysian region famous for its beauty and fertility.