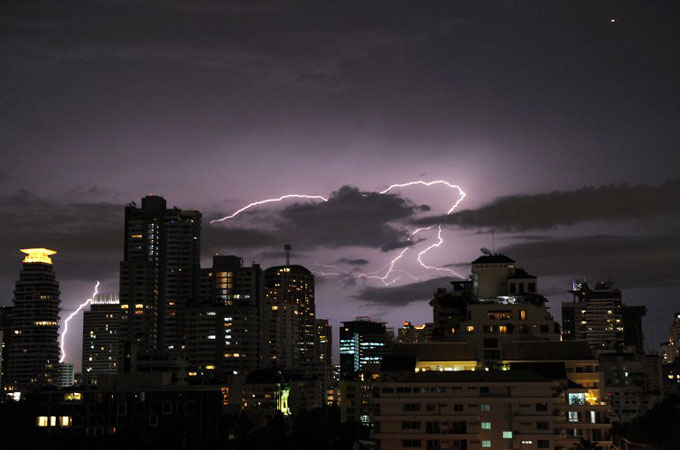 Thailand’s rainy season is in full swing, and people in many parts of the country are nervously watching the river levels.

Flooding has already caused problems across much of Thailand in the last few weeks. In the northern city of Sukhothai, there are reports of people wading waist-deep through filthy floodwater, whilst in the eastern province of Sa Kaeo, main roads were deep under water, and people were only able to move around by boat.

Every year there is a risk of flooding during the rainy season which runs from May to October. The height of the monsoon, when there is the greatest risk of flooding, is during September and October.

September is the wettest month in Bangkok. An excessive amount of rain, 305mm, is expected to fall across the city in just 30 days. Clearly this is a substantial amount of wet weather, given that London sees only 611mm of rain in an entire year.

Last year the flooding was particularly devastating, and led to the death of more than 500 people. This year the flooding is not expected to be anywhere near as severe, but in the past few weeks 11 provinces have been declared flood disaster zones.