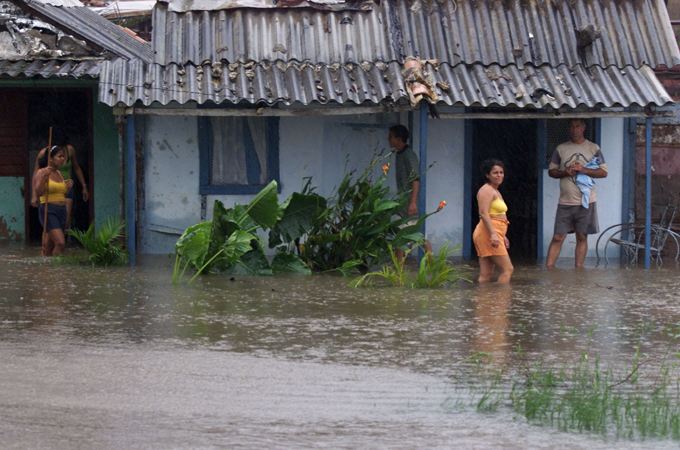 Days of heavy rain has left much of central Cuba under water. The deadly flooding has so far claimed two lives and destroyed crops and homes in the process.

Residents in the area worked through the weekend to clear the damage after more than 500mm of rain fell across the mountainous region of Sanctus Spiritus which is located some 350km to the east of Havana. Incredibly, that half a metre of rain was recorded in only 24 hours but it had already been raining heavily and steadily there for the best part of a week.

Rivers and sewage systems were unable to cope with the deluge and spewed out into the nearby streets and fields. There have also been landslides and many homes have been damaged as a result.

Around 8,500 people have been evacuated from their homes taking their belongings and animals with them. A week after the flooding began tobacco and rice fields still remain under water.

On Saturday, the bodies of two people discovered. They had disappeared a few days earlier after trying to cross a rapidly swelling river valley.

The worst of the rain has now eased for central parts of the country. However, there are still a few heavy showers across the south but the heaviest downpours now stretch across Jamaica towards Nicaragua.