Two exit polls show Georgia’s opposition has taken an early lead in Monday’s parliamentary elections, but the outcome says little about final results as the governing party insisted it could win.

The polls conducted by Edison Research and Gfk were only as of 4pm local time., four hours before the voting stations closed.

The first poll predicted billionaire Bidzina Ivanishvili’s Georgian Dream would win more than half the ballots cast on a party list allocating 77 of the 150 seats in the former Soviet republic’s parliament.

But Mikhail Saakashvili’s United National Movement said it believed it had done well in voting to individual constituencies that fill the remaining 73 places in parliament, and that it was on course to retain power.

Saakashvili’s party, which has dominated parliament, is facing a serious challenge from an opposition coalition led by Ivanishvili.

With the country on edge and fears of fraud running high, Monday’s election was seen as a test of Saakashvili’s commitment to democracy as Georgia strives for eventual membership in the European Union and NATO.

The election set in motion a change in the political system to give greater powers to the parliament and prime minister.

After Saakashvili’s second term ends next year, the party that holds the majority in parliament will have the right to name the prime minister, who will become more powerful than the president.

Al Jazeera’s Robin Forestier-Walker, reporting from Tbilisi, said that outside of Georgia “these elections are seen as important because Georgia is considered to be the darling of democratic reform of a state that was part of the former Soviet Union”.

“Under legislative reform, parliament is going to be much more important next year,” he said.

“But the way in which the government has been carrying out reform has started to polarise Georgian society,” he added.

Turnout was 45 per cent at 11:00 GMT, seven hours after polls opened, the Central Election Commission said.

Revelations this month of the torture and rape of prison inmates prompted protests and hit the United National Movement.

The interior ministry promised on Sunday to prevent violence at polling stations.

“I believe that we can ensure an environment on election day free of intimidation and pressure, allowing every voter in Georgia to cast their vote in a peaceful environment,” Eka Zguladze, the interior minister, told AFP news agency.

She said police would show restraint when dealing with any polling day incidents in order not to inflame tensions.

“The tactic which police will employ will be very cautious … Only as a last resort we will use force,” she said.

Zguladze said that since the torture scandal erupted, there had been 50 arrests across the country amid a series of scuffles involving political activists, ordinary Georgians, public officials and police officers.

The showdown between the United National Movement and Ivanishvili’s opposition bloc has caused fears of unrest in the Western-backed state with a recent history of political turmoil and civil conflict.

Opposition supporters marched on the square in large columns from several locations across the city, wearing his coalition’s T-shirts, carrying the bloc’s banners and flags and chanting “Georgia! Georgia!” 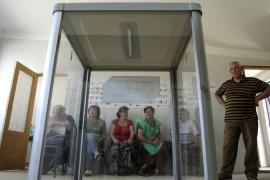 Many feel they have paid too high a price for Saakashvili’s reforms, including the eradication of petty corruption. 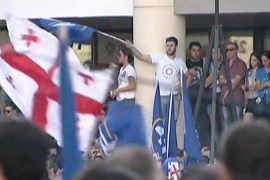 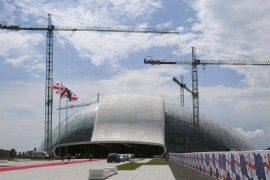 New city is expected to hold half million people, but critics say plan is environmentally destructive. 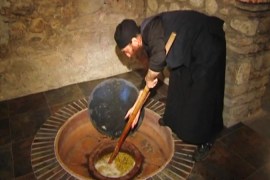 Country finds new markets to overcome Russian trade embargo that made sales tumble by 80 per cent six years ago.