Intent on reaching Tripoli, opposition fighters have been making their way from Misrata in long, fast-moving columns of hundreds of men.

But Gaddafi forces haven’t given up the fight on the outskirts of Zlitan with sporadic artillery attacks briefly holding the opposition back.

But elsewhere, such as in the town of Al Khums, jubilant residents came into the streets to welcome the advancing rebels. 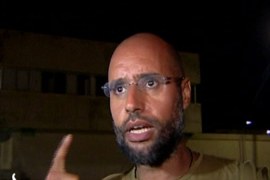 Saif al-Islam not in rebel hands

Gaddafi’s son appeared relaxed and unharmed in front of cameras at hotel where foreign reporters are staying in Tripoli. 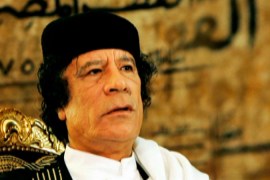 As the world talks about a post-Gaddafi era, questions remain over the whereabouts of the Libyan leader. 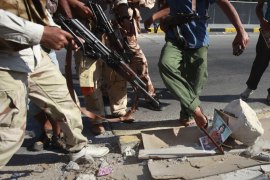 As fighting continues, an opposition fighter says pro-Gaddafi supporters will not be harmed. 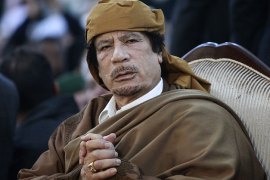 Libyan leader on verge of being toppled seized power aged 27 and was tolerated by rich nations eyeing his country’s oil.