Kim Jong Un, the youngest son of Kim Jong Il, was widely believed to be his father’s choice as heir to the North Korean leadership.

Kim Jong Il used a rare conference of the ruling Workers’ Party in September 2010 as a means to pave the way for his son to eventually take power, after years of speculation over the succession.

Upon the older Kim’s death on died on December 18, the country’s official media called on party members, military personnel and the population to “remain loyal” to Kim Jong Un .

“Standing in the van of the Korean revolution at present is Kim Jong Un, great successor to the revolutionary cause of juche and outstanding leader of our party, army and people,” the official news agency said, referring to the official ideology of juche or “self-reliance”.

Yet Christopher Hill, the former US assistant secretary of state who headed the delegation of six-party nuclear talks on North Korea, told the BBC in an interview on the day that the death of the “Dear Leader” was announced, that Kim Jong Un was “not ready” to step up as the country’s new head of state.

He has kept a more discreet profile than his two elder brothers, a factor which appears to have helped encourage his prospects as his father’s successor.

Kim Jong Un is believed to have been born on January 8, 1984. His mother Ko Yong Hui, or Ko Young Hee, was a performer in a leading North Korean dance troupe. It is unclear whether Ko, who died in 2004, was Kim Jong Il’s official wife or mistress.

Kim Jong Un attended an international school in Switzerland, where he studied English, German and French. He is believed to have graduated in 1998. He later returned to North Korea and studied military science at Kim Il Sung Military University between 2002 and 2006.

Al Jazeera obtained exclusive video footage of the young man as a schoolboyin music class, and spoke with one of his former classmates, Marco Imhof.

Imhof said that he often played basketball with the heir apparent, who attended the school under the false name of “Pak Un”.

“But when we played basketball he came up, he could be very aggressive, but in a positive way, and loud and a little bit of trash talk,” he said.

Given his youth, inexperience and lack of recognition among North Koreans, any power transfer is likely to be gradual. This was also the case for Kim Jong Il, who was officially designated as successor in 1980 but did not formally take power until three years after the 1994 death of his father.

The promotion of Jang Song Taek, Kim Jong Il’s brother-in-law to the powerful national defence commission, was interpreted by many analysts as an attempt to position Jang in a caretaker role.

Government issued photographs of Jong Un as an adult were released for the first time in November 2010. Soon, his portrait may be hanging alongside that of his father and grandfather.

Kenji Fujimoto, a former personal chef for Kim Jong Il, wrote in a book that Jong Un is the son who most resembles his father. Fujimoto and other sources reported him to be his father’s favourite, and that he showed the strongest leadership skills of the three sons.

Still, the would-be successor lacks anything like the personality cult that has been created around his “Dear Leader” father. And while Jong Un’s grandfather, Kim Il Sung, has a god-like status in the nation, the youngest Kim had never been mentioned in the media – until he was promoted to become a general in the country’s powerful military.

By contrast, his grandfather may have died in 1994, but is officially still president, while Kim Jong Il was well known and lauded as a revolutionary hero by the nation’s press for decades before he took power.

Jong Un’s grooming, however, has occurred largely behind the scenes.

In 2006, badges with his face were reportedly distributed among senior North Korean officials. A year later, South Korean media reported that he was to be working in one of the departments responsible for monitoring members of the party and military.

In 2010, Kim Jong Un was promoted by his father to the rank of general in North Korea’s military and named as vice-chairman of the central military commission.

Since then he is reported to have been a constant presence at his father’s side and actively involved in state affairs, while state media began referring to him by the title “General Kim” in an attempt to portray him as a military figure, analysts say.

“The latest move indicates Kim Jong Un is being put forward formally as a powerful leader like his father,” Sejong Institute analyst Cheong Seong-chang, a specialist in the succession issue, told the AFP news agency in October.

“Jong Un is known to have the potential to become a strong, ruthless leader,” added Cheong. “He has a take-charge personality.” 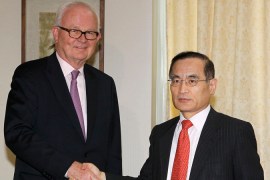 Korean tensions thaw ahead of talks

Regional tensions between North and South Korea show signs of easing off for the first time in months. 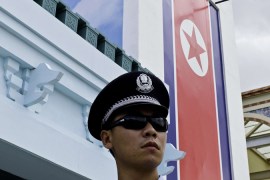 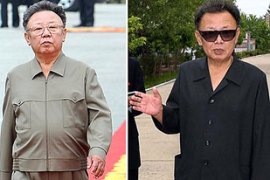