Writing in The Washington Post in May of 2005, former U.S. diplomat Aaron David Miller coined a phrase that has become a disturbing hallmark of America’s efforts to resolve the Israeli-Palestinian conflict. “I’m not a lawyer by training,” Miller wrote. “But I know one when I see one. For far too long, many American officials involved in Arab-Israeli peacemaking, myself included, have acted as Israel’s attorney, catering and coordinating with the Israelis at the expense of successful peace negotiations.” 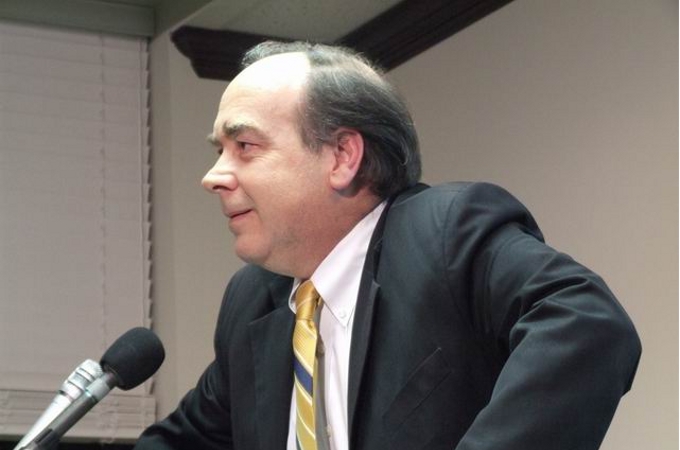 Miller’s statement was a painful admission that implied that the U.S. was responsible for the collapse of the Camp David peace negotiations in the last days of the Clinton Administration – negotiations in which Miller himself had participated.

Miller’s article contradicted public perceptions that the Palestinian leadership was to blame for the collapse, that Yasser Arafat and his team had spurned an unprecedented Israeli offer for peace – a so called “deal of the century.” Miller was explicit: “With the best of motives and intentions, we listened to and followed Israel’s lead without critically examining what that would mean for our own interests, for those on the Arab side and for the overall success of the negotiations.”

Miller’s claim had a sobering impact on diplomats and policymakers. While initially eschewing a prominent role in Israeli-Palestinian peacemaking, President Bush and Secretary of State Condoleezza Rice adopted America’s traditional role as the key peacemaker, leading a “Quartet” comprised of the U.S., Russia, the European Union and the UN that laid down requirements that, when met, would lead to the resumption of the peace process.

The administration and then convened a meeting of senior Arab, Israeli and Palestinian leaders at Annapolis in November 2007 to discuss the conflict. President Obama followed suit, stating that a resolution of the conflict was in the national security interest of the United States. He then appointed former Senator George Mitchell (the facilitatorof the the 1998 Northern Ireland peace agreement) as America’s special envoy to the Middle East.

In all of this, there was a widely held belief that the U.S. had learned the lessons of Camp David – that America would finally embrace its traditionally stated role as “an honest broker.” But is that true? Has the United States ended its “catering” and “coordinating” with Israel on the peace process? Has it taken up the cause of peace? Has it stopped being Israel’s lawyer?

The failed push for a freeze

Sadly, and unfortunately, the answer to that question must be “no.” A series of six key documents dating from February of 2009 – a core element of the confidential memos, monographs and meeting notes leaked to Al Jazeera as part of The Palestine Papers – show that George Mitchell and his coordinating team, as well as Secretary of State Hillary Clinton, have consistently pressured Palestinian negotiators (and in particular chief negotiator Saeb Erekat) to accept Israeli demands on a host of core negotiating issues.

The White House leaned heavily on Palestinian negotiators to restart talks, without resolving any of the substantive concerns – particularly settlement growth – raised by the PA. And Obama refused to honor one of the Bush administration’s key promises to the Palestinians.

In addition, the documents show that the United States has been willing to ignore and even abandon key agreements and principles that, in years past, it insisted both parties follow. The evidence for this, in the documents, is compelling – even overwhelming. It explodes the idea that the Obama administration ever even attempted to pull the United States off a doomed course.

The evidence that America remains Israel’s lawyer emerges first in the account of a February 27, 2009 meeting between Mitchell and key members of his team, with Saeb Erekat (and a top assistant) at the U.S. Consulate in Jerusalem. This account, like the others in The Palestine Papers consists of detailed, often verbatim minutes, taken by Palestinian notetakers.The meeting followed the formation of Israeli Prime Minister Benjamin Netanyahu’s government.

Erekat opens his exchange with Mitchell by recounting a meeting he had with key Israeli officials on the prospects for peace. He is skeptical, but not simply of the Israelis. You do not win the battle for peace with Marines, he says, “so stop treating Israel as a country above the laws of man. We recognized Israel on 78% of historic Palestine in exchange for a state on the remaining 22%,” in other words the West Bank and Gaza Strip.

“In exchange we have our credibility destroyed with the settlements and the wall,” Erekat adds, “…You have a choice. There is no need to reinvent the wheel. You have either the cost-free way: pressure us to negotiate, which means AM [“Abu Mazen,” the Palestinian president Mahmoud Abbas] negotiating with Netanyahu under continuing settlements and without recognition – this would be the last nail in AM’s coffin, or you have another choice: take the Annapolis statement: two states and negotiations over all the core issues.”

The joint declaration issued by Palestinian and Israeli officials after the Annapolis conference committed the parties to launch immediate, continuous negotiations “to conclude a peace treaty resolving all outstanding issues, including all core issues, without exception, as specified in previous agreements.” They also committed “to immediately implement their respective obligations” under President Bush’s Roadmap peace plan, endorsed by the Quartet in April 2003.

There is in Erekat’s plea a note of desperation that he will repeat, again and again, in the months ahead – that Abbas’ credibility and survival is at stake in the negotiations and that the U.S. regularly treats Israel as “a country above the laws of man.”

Erekat – in no ways a figure above harsh criticism as a pawn of the Americans and Israelis among key figures in his own government – is even prescient, telling Mitchell that he knows Netanyahu well. “Netanyahu will go to President Obama and tell him ‘Iran.’ He will say he is committed. Then he will build settlements in E1 [a reference to an Israeli masterplan to settle the remaining land between Jerusalem and Ramallah] and elsewhere – like he did in Har Homa [a settlement Netanyahu established during his first term as prime minister in the 1990s cutting off Bethlehem from Jerusalem].”

It is clear that George Mitchell listened patiently, and apparently impassively to Erekat’s presentation, but he was non-commital in his response. “I understand what you said and will do my best,” he says. “The United States is committed to the two state solution.”

But there is also a hint of things to come: “I am not interested in process, but results,” Mitchell says. For the Palestinians process is important, for while the Palestinian Authority leadership that Erekat represents is committed to a two-state solution, their view of the negotiations with the Netanyahu government is formed on the basis of requirements set out in the Roadmap that they have met – and the Israelis have not.

Erekat has made this clear: “Now we can’t have permanent status negotiations,” he says, “without: recognition of two-state solution, stopping settlement[s], and respecting signed agreements.” Mitchell has not responded to this, but in the weeks and months ahead (as the documents show) he is willing abandon the requirements of the Roadmap (what he calls “process”) and even American insistence on a settlement freeze in order to satisfy Israel. “Fair is fair,” Erekat says. “The Quartet cannnot impose conditions on one side and play with ‘constructive ambiguity’ on the other.” As key documents of the The Palestine Papers show this is not true: the US is perfectly willing to abandon the requirements of the Roadmap as well as its insistence on a settlement freeze. In doing so, Mitchell and his team repeat the mistakes of Camp David; they become Israel’s lawyer.

Mark Perry is a journalist and author living in Arlington, Virginia. He is the author of eight books, including the recently released Talking To Terrorists. He is a regular contributor to Asia Times and Foreign Policy and a frequent guest commentator on Al Jazeera.