“Any suggestion of that kind is deeply, deeply offensive to the police officers involved and I would absolutely condemn the making of a comment like that.”

Police have said the motive for the attack, which they described as “vicious”, was not known.

Media in India have labelled the series of attacks against Indian students in Australia as racist, but police and the Australian government have said the attacks are criminal, not racist.

R Prasad, the Indian cartoonist, said the drawing represented a sense of injustice in India towards Australia, the AFP news agency reported.

He said the attitude of Australian authorities “amounted to acceptance of racism or authorising similar future crimes as mere opportunistic violence”.

“The cloak of the Ku Klux Klan is a globally known and  recognised cultural signifier that represents racism. It also symbolises violence in the name of race or colour.”

Garg’s killing is the latest in a series of attacks on Indian students in the country and has further strained relations between the two countries after hundreds of students were attacked last year.

Attacks against Indian students in 2009, mainly in Melbourne, led to protests by students and strained bilateral ties, prompting Gillard and other Australian ministers to visit India to offer assurances that everything was being done to stop the attacks.

Australian universities also sought to reassure students and their families that Australia was a safe place to study.

But a recent study forecast a 20 per cent drop in Indian students in 2010 due to the attacks. 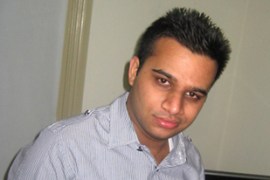 Murder of Indian student in Australia threatens to reignite “deep anger” in India. 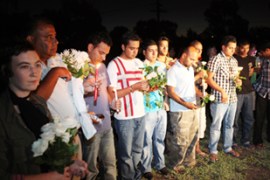 Police confirm that a burned body found last week was that of another Indian.