Miguel Alejo, the Spanish government delegate for the Castilla y Leon region, said the attack appeared to be “like those that the Eta killers carry out”.

But he added there was no warning call, a usual hallmark of Eta attacks, which in the past has allowed authorities to evacuate the area targeted.

Jonah Hull, Al Jazeera’s correspondent in Burgos, said: “Amid all of these media reports that the organisation [Eta] had been cut off at the knees, had been rendered diminished and unable to operate, clearly there would appear to be a hardcore of young operators remaining, and this would appear to be their work.

“The other thing that is being said here, touted by local police and officials, is that this appears to be an attack that was intended not just to maim and cause damage but to kill, the size of the explosion was immense.”

Eta typically uses shootings and car bombs, often parked outside police and army barracks, in a campaign to carve out an independent Basque homeland in northern Spain and southern France.

The most recent killing blamed on the group was on June 19, when a police inspector died in a booby-trapped car in the northern city of Bilbao.

The organisation is under pressure to show it can still mount attacks despite having been weakened by a series of arrests including that of Jurdan Martitegi, its suspected top commander, in April.

His capture brought to four the number of commanders caught in less than a year. Eighteen more alleged Eta members were captured in a three-week period in June and July. 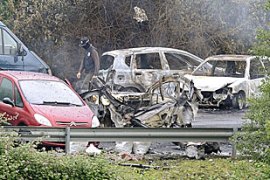 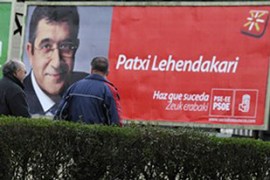