“It’s a day that will be remembered in history.”

“The people have spoken.”

Those were just some of the reactions to the reinstatement of the sacked chief justice of Pakistan.

After 36 hours of intense political manoueuvring, a confrontation has been averted with seemingly seconds to spare.

You may remember the former prime minister and leader of the opposition party Nawaz Sharif throwing his support behind the lawyers’ movement.

That sparked a political crisis and the government placed him under house arrest.

Sharif left his home in dramatic fashion and mounted what looked a victory rally in the streets of Lahore, then, with thousands of supporters in tow, began to march on Islamabad.

It was at that point that it became clear that the lawyers’ “Long March” had became more than just a protest.

It had become, in the words of Sharif loyalist, a “revolution” and one that was beginning to worry some in the government.

In Islamabad, a high-level meeting of the troika was quickly assembled.

The troika is where the power in Pakistan is concentrated: the president, the prime minister and the chief of army staff.

The chief of army staff, reportedly furious at the politicians, asked them to roll back some of the decisions that had led to crisis.

This was seen as a not so veiled threat by the  military in Pakistan and it seems to have worked.

In the early hours of Monday morning, Yousuf Raza Gilani, the prime minister, appeared on TV to confirm what the nation already knew.

There was an emotional outpouring among the protesters and flower petals, thrown up in the air, rained down, coating the floor of the “once again” chief justices’ residence in Islamabad.

Pakistan has averted a political crisis.

My team and I have yet another sleepless night reporting on the intricacies of the announcement.

Beyond the obvious victory for Sharif, however, Pakistan’s political climate has also seen another, more subtle but significant shift.

Sharif will meet Gilani at some point on Monday.

It was Gilani who made the announcement to the nation regarding the chief justice.

It is Gilani who is likely to reconcile any outstanding rifts within his party as a result of Asif Ali Zardari’s actions as president during the next few days.

In short, Gilani is the man to watch. 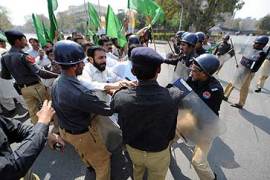 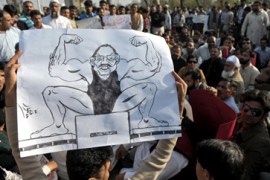 Sifting out what is true and what is important proves overwhelming. 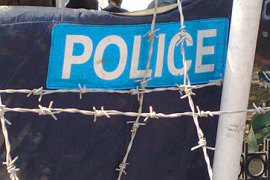 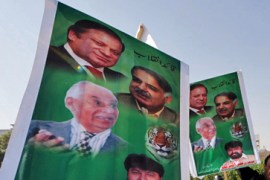