The Democrats claim the support of 260 MPs, including defectors from various parties once aligned with the ruling People Power party (PPP), to add to its 166 party members.

That would be sufficient to wrest the majority in the 480-seat house.

But Al Jazeera’s David Hawkins, reporting from the Thai capital, Bangkok, says the former ruling PPP – now reconstituted as the Puea Thai party, or “For Thais party” –  also claims to have enough votes to form the government.

The party linked with Thaksin Shinawatra, the former prime minister ousted in a military coup in 2006 and the focus of months of anti-government street protests, also planned to call for an emergency parliamentary session on Monday, our correspondent said.

He added that Puea Thai supporters planned to stage a demonstration against what it called the army’s behind-the-scenes intervention aimed at pressing smaller political parties to side with the Democrats.

The demonstration, if held, would end a lull in protests over the weekend because of celebrations marking the king’s birthday.

Announcing their request for an emergency parliamentary session, leaders of the Democrat party said they would put forward the party’s leader, Abhisit Vejjajiva, as candidate for prime minister.

Abhisit, 44, failed to win over Thaksin’s rural supporters in general elections a year ago but is believed to have the backing of the kingdom’s old elite, who are thought to have been behind the anti-government demonstrations that have paralysed the country for months.

Protesters from the People’s Alliance for Democracy (PAD) blockaded the city’s two airports late last month, only lifting their siege last week after Thailand’s Constitutional Court dissolved the PPP and forced Somchai Wongsawat to stand down from the office of prime minister.

In a separate development, Pojamarn Damapong, the ex-wife of Thaksin Shinawatra, returned to Thailand on Friday.

Amid media speculation that she might be back to rally her ex-husband’s supporters, a Thaksin spokesman said Pojaman had returned solely to visit her sick mother, “not to manage the problems among factions in the party”.

Thaksin and Pojaman divorced last month in what some see as a strategic move to protect her and the couple’s assets, and pave the way for the former leader’s return to active politics. 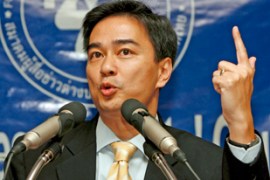 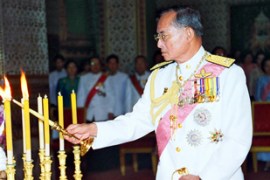 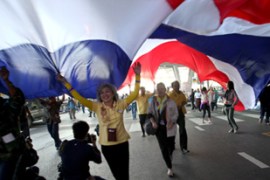 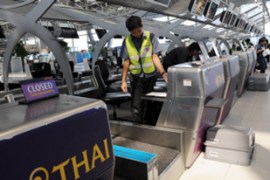