Reuters quoting a key court official in Baghdad said Iraq‘s government had told him to be ready to attend the hanging of Saddam Hussein between 5.30am and 6am (02:30-03:00 GMT) on Saturday.

The official, who spoke on condition of anonymity as he had been sworn to secrecy, told Reuters that a government official telephoned to tell him that he would be taken to the place of execution in time. The court official is among those who must, by law, attend any execution.

The government has been meeting US officials to determine if a hanging can take place on Saturday and it was still not clear if a final decision had been made or whether court officials were being gathered simply as a precautionary measure.

An AP report, also quoting an unnamed Iraqi official, said that Saddam could be executed before 6am Baghdad time (03:00 GMT) on Saturday.

“The Americans called the defence team to pick up his personal belongings,” al-Nuaimi said.

“All these indications show he will probably be executed tomorrow morning, on the first day of Eid,” al-Nuaimi, a former justice minister of Qatar, said.

Nuri al-Maliki, the Iraqi prime minister, said that there could be “no delay” in carrying out the execution.

An aide confirmed the content of the prime minister’s remarks, reported by state television, and said he made them to relatives of victims of Saddam’s oppression.

“Whoever rejects Saddam’s execution would be insulting the martyrs. After the court upheld the sentence no one can overrule the death sentence against the criminal Saddam,” said a statement from al-Maliki’s office.

“There will be no review [of the sentence] or delay in carrying out the execution against the criminal Saddam,” said al-Maliki.

But some members of the Sunni minority say an execution may increase alienation among their community.

Some Kurds would also like to see Saddam convicted of genocide in the Kurdish north.

Al-Dulaimi, who led Saddam’s defence team until he was sentenced on November 5, said: “The Americans called me and asked me to pick up the personal effects”.

An appeals court has upheld Saddam’s death sentence for crimes against humanity and said he should hang within 30 days.

US military and embassy spokesmen dealing with the issue have stressed the need for secrecy over the arrangements.

Although legally in Iraqi custody, US troops keep guard over Saddam.

And although Iraqis will carry out the execution, it also seems likely that US forces will stay on hand throughout for fear that opponents of the former leader could turn it into a public spectacle.

One of Saddam’s lawyers said the former Iraqi leader bade farewell to two of his brothers, who are also held at the US army’s Camp Cropper near Baghdad airport.

“He was in very high spirits and clearly readying himself,” said Badie Aref, after the 69-year-old Saddam met his half-brothers.

“He told them he was happy he would meet his death at the hands of his enemies and be a martyr, not just languish in jail.” 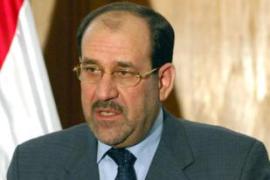 Iraqi and US officials debate the former leader’s execution date. 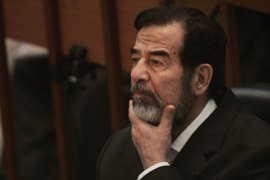 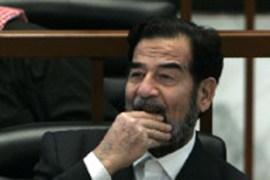 Approval of Iraq’s president may not be required to uphold Saddam’s death penalty.