For weeks, a large group of people, mostly from the Middle East, has been stranded in Belarus at a border crossing with Poland, trapped as forces from the two countries face off against each other.

Most are fleeing conflict or a sense of hopelessness at home, and aim to reach Germany or other Western European countries.

The West has accused Belarusian President Alexander Lukashenko of luring the refugees and migrants to the border to use them as pawns to destabilise the 27-nation European Union in retaliation for its sanctions on his authoritarian government.

Belarus denies orchestrating the crisis, which has seen refugees and migrants entering the country since summer and then trying to cross into Poland, Lithuania and Latvia.

Humanitarian agencies say as many as 13 people have died at the border, where many have suffered in a cold, damp forest with little food or water as frigid winter sets in.

Tuesday brought the first snowfall since the crisis started.

About 2,000 people are currently staying at a warehouse facility near the border with Poland. Lukashenko has said a total of 7,000 refugees and migrants remain in the country.

About 8,000 migrants have entered the 27-nation EU – mostly through Poland, Lithuania, and Latvia – from Belarus this year, and border guards have prevented tens of thousands of crossing attempts, according to EU figures.

The crisis erupted earlier this year when longtime Belarusian President Alexander Lukashenko reacted furiously to EU sanctions. The bloc had punished Minsk over its forced diversion of a passenger jet in May and subsequent arrest of a dissident journalist, Roman Protasevich, who was on board.

Months earlier, the EU and the United States penalised Lukashenko’s government for cracking down on dissent after a disputed August 2020 election which handed the 67-year-old a sixth term and provoked mass anti-government protests. 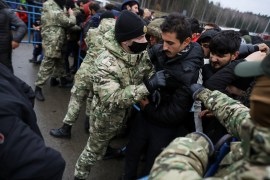 Minsk claims further repatriation flights will take place on Tuesday as the border crisis rumbles on. 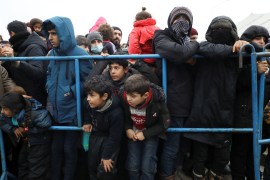 For many Iraqi families stuck at the Poland-Belarus border, waiting simply wasn’t an option any more. 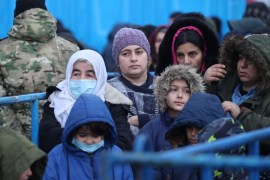 The devastating ways women suffer at the Poland-Belarus border

Women refugees say they have miscarried, been separated from their children by border guards, and been hospitalised. 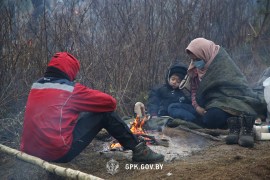 In Pictures: Ireland’s seaweed quest to curb methane from cows