For decades, the Iraq-Iran border has served as a smuggling route, mainly to transport goods to Iran.

Since the fall of president Saddam Hussein, the border has been controlled by Kurdish groups and the Iranian Revolutionary Guard. Frequent clashes have been witnessed too.

Couriers who work for Iranian and Iraqi Kurdish smugglers face high temperatures and the risk of shooting by border guards, all to earn an estimated $25 a trip.

On a recent afternoon, machine-gun fire was audible at certain spots along the border.

The increased presence of Iranian Kurdish armed groups in the area has added to the risks facing these smuggling operations. 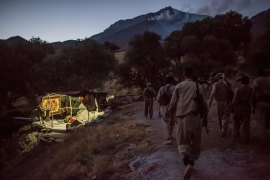 The separatist Kurdish Democratic Party of Iran is aiming to consolidate its control over the area. 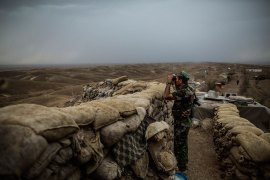