Nyunzu village, Democratic Republic of the Congo – DR Congo has been declared the country worst affected by conflict displacement in the world, according to the International Displacement Monitoring Centre.

The Congo crisis has outpaced Syria, Yemen and Iraq in the number of people forced to flee in the first six months of the year. An average of 5,500 people a day are being uprooted from their homes because of violence and insecurity.

The crisis is set to worsen ahead of planned elections in 2018, following failed attempts to organise elections at the end of 2017. Analysts from the Assessment Capacities Project (ACAPS) have forecast that postponing the elections is likely to incite grievances among communities in Congo, which may turn into violent protests. They predict the widespread frustration is also likely to be used by armed groups to muster support.

The result will be a further deterioration of Congo’s humanitarian crisis.

Sheltering in one small church in Tanganyika Province, dozens of displaced families are a microcosm of what is happening across this central African nation. 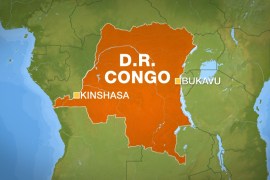 Clashes break out after police tried to disarm Colonel Abbas Kayonga who was sacked from his post. 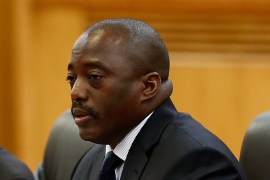