Hargeisa, Somaliland – On May 18, 1991, Somaliland declared its independence from Somalia. Twenty-five years on, it still has not received legal recognition from the international community.

Around 500,000 Somalilanders were expected to fill the streets of the capital, Hargeisa, for the big day. But despite the festivities and the resolve of its people, Somaliland is straining after a quarter of a century of non-statehood. Its economy is fragile, making this apparent against the odds success story vulnerable.

“It’s absolutely unfair,” said Saad Ali Shire, the minister of foreign affairs and international cooperation, after a conference the preceding day titled, The Republic of Somaliland: The Case for Recognition.

“We can’t get international credit or foreign investment to build the country and create jobs as we are not recognised.”

After the civil war at the end of the 1980s left much of Hargeisa in ruins and its population scattered – many in refugee camps in neighbouring Ethiopia – Somaliland rebuilt itself in “extraordinary isolation,” explained Matthew Bryden, a political analyst who has been involved in Somaliland since its formation.

Somaliland has demonstrated that rarest of things: self-generated post-conflict reconstruction resulting in peace, democracy and good governance without international intervention.

Since 2003, Somaliland has held a series of democratic elections resulting in orderly transfers of power, exhibiting a level of political maturity that has eluded many recognised states.

But as another anniversary passes, it seems Somaliland cannot rely on its 25-year track record to gain what it so sorely desires.

“Somaliland pursued recognition for 21 years in the absence of a Somali government and was unsuccessful. Now, there’s a recognised government in Mogadishu, [and] Somaliland’s challenge is even greater,” said Bryden.

“Whether they stay together or separate, their populations, economies, even security, are interdependent. They have no alternative to dialogue.” 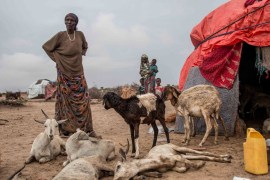 Somaliland’s harshest drought is decimating the herder way of life and displacing thousands. 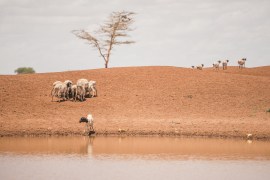 Living at the ‘mercy of the rain’ in Somaliland

Changing climate, unpredictable rains dry out the land, threaten the pastoral way of life in Somaliland. 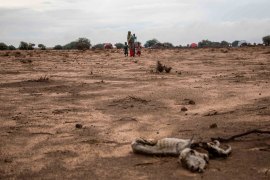