Sydney, Australia – Aboriginal activist Jenny Munro, a 59-year-old Wiradjuri woman, set up The Aboriginal Tent Embassy in the inner-city suburb of Redfern on May 26, 2014, to protest the Aboriginal Housing Company’s (AHC) commercial development plans for the site.

The protest camp now comprises 20 tents and is the last bastion of resistance to the fast gentrification of Redfern. The camp sits on 10,000sq metres of prime real estate.

Known as The Block, the site has historically been the centre of the Aboriginal community in Sydney and beyond, and was home to more than 100 Aboriginal extended families.

For decades it suffered from a reputation as a crime-ridden area and housing standards were allowed to steadily decline. Regeneration talk for The Block goes back to the 1970s when the AHC acquired the land titles from the government.

This was an important first victory for the Aboriginal land movement, and the original plan earmarked the whole area for affordable housing.

Between 2004 and 2011 rows of terraced houses, which activists claim the AHC had failed to maintain, were bulldozed to the ground. Today, the protesters want to see the AHC provide the promised affordable housing for Aboriginal families.

The AHC has repeatedly claimed it needs to develop part of the site commercially to cover the costs of the affordable housing project.

The motto “Sovereignty never ceded” greets visitors at the entrance of every camp, adopted by “Aboriginal Embassies” across Australia, and first used at the Canberra Embassy.

It started in 1972 “to challenge the sovereignty of the colonial regime”, and acknowledge the feeling that Aborigines had been turned into foreigners in their own land. 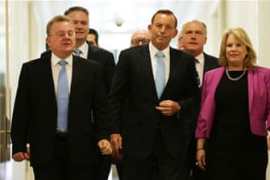 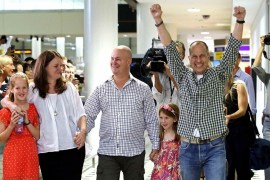