Mindanao, Philippines – Lumad is what the indigenous peoples from the southern Philippines call themselves. They are considered to be the original inhabitants of the island of Mindanao.

On the early dawn of September 1, the Manobo Lumad tribe, in one village in northern Mindanao, were rounded up by the paramilitary group Magahat-Bagani.

Dionel Campos and Jovillo Sinzo, leaders of the community, were beaten, then shot at close range by the armed group in front of the hundreds of residents.

As the armed group left, residents also found Emerito Samarca, head of the local tribal school, hog-tied inside his classroom, with stab wounds and his throat slit from ear to ear. His school provided basic and technical education to tribal children rarely reached by the government.

The murders sparked an exodus of about 3,000 Lumads, who escaped to the provincial capital of Tandag taking barely anything with them.

“It is very hard to stay at the evacuation centre, especially for the young ones who are now falling ill due to the erratic climate and the cold nights,” said Franklin Campos, younger brother of the slain tribal leader Dionel Campos.

Mindanao, a land rich with natural resources, has a long history of insurgency, fuelled by poverty, military abuses, and the displacement of tribal communities by logging and mining companies.

Surigao del Sur province’s Governor Johnny T Pimentel had been very vocal and called for the dismantling and disarming of the paramilitary group, calling them a “monster the military had created by training and arming them.” The governor said members of the group were responsible for attacks on tribal communities in the past six years.

Various religious groups have condemned the killings and called for an impartial and independent investigation of the incident after the hashtag #StopLumadKillings went viral on social media.

Karapatan, a human rights group, said the charges should not be limited to the paramilitary group and accused the military of orchestrating the operation.

The Philippine military, however, denied the accusations and said the ongoing tribal war in the Lumad communities is the reason for the killings. 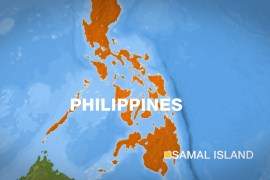 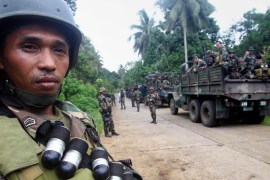 Military did not disclose whether any hostages were freed in operation it said left three Abu Sayyaf fighters dead.